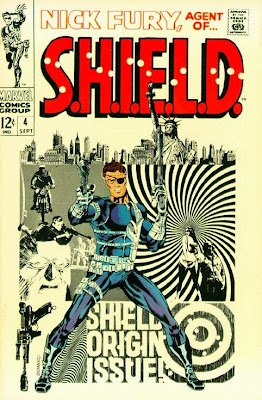 Karen and I enjoyed the TV debut of "Agents of SHIELD" last night. SPOILERS and plot points will be discussed below.

I'm happy to see Agent Coulson alive, his dry wit intact, and also very happy that how he's alive remains a Big Mystery that even Coulson doesn't understand. The writers managed to undo Coulson's very effective death in "The Avengers" without trivializing it, which was a tough nut to crack. Clark Gregg created an appealing character in his limited screen time in the various Marvel movies, and it would be a shame to waste him.

The team of agents needs a lot of fleshing out, which will undoubtedly happen in future episodes. FitzSimmons is/are cute. While I like the actor Ming-Na Wen, I found her character Melinda May ("Just the driver") cold and uninteresting. The Agent Ward character (let's call him "Sniper Boy") was only saved by the truth serum scene, which I thought was terrific, smart and funny. 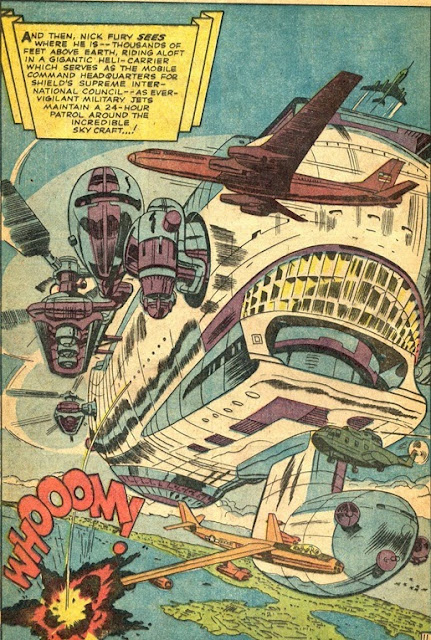 I liked that the agents explicitly listed the three known ways to get superpowers in their universe: Super-Soldier Serum (Captain America), gamma radiation (the Hulk), and Extremis (from Iron Man 3), and that the episode's hero/villain, Mike, got his powers via those mechanisms. There aren't suddenly hundreds of different unexplained superpower sources. I'm sure that'll change--there's only so many tunes you can play with variations of three notes--but it felt like a very real and welcome limitation to me.

I also liked how Mike was a hero/villain: a sympathetic fellow whom the team nevertheless had to fight and take down. That's very "Marvel."

A plot nitpick: I thought the climax was confusing and muddled. It really looked like Sniper Boy shot Mike in the head. Karen and I were both a bit stunned: "Why is everyone so happy that they just killed him?" I inferred that Sniper Boy shot Mike with some sort of antidote bullet, but if that's the case why didn't he just shoot him at the start? Because, I further inferred, Agent Fitz showed up with the antidote bullet at the last second. That's one or two more levels of inference than a viewer should be expected to make, blanks that could've/should've been filled in with a few seconds of exposition. (And what's that farmhouse that Mike's son was moved to at the end? Some sort of SHIELD witness protection commune?)

I loved--loved loved loved!--how tightly and completely the TV show fit into the Marvel movie universe. Not just via the appearances of Agents Coulson and Maria Hill, but the glimpses we get of the Avengers in video clips and the idea that seeing an alien army pour through a hole in the sky over New York City really did Change Everything Forever. People are still freaked out about it. Federal agencies are trying to understand and deal with it. Events we saw in the movies are remembered and still matter. Wonderful!

Then in the middle of the episode, there was a commercial for the upcoming new "Thor" movie. I felt a little chill of anticipation, turned to Karen and said, "These guys are geniuses." They've built themselves a unified TV and film universe, a big sparkly sandbox to play in. Although some of the movies have been better than others, I don't think they've yet made a single misstep. Especially compared to their competitor DC Comics, who's still figuring out how to get Batman and Superman together (and, from what I've read, in my opinion doesn't have a very good idea for doing so), Marvel is barreling full speed ahead and trusting its audience to keep up.

Works for me. We'll watch more.

Re: the truth serum scene -
The end of that scene with Sniper Boy uttering "Gramsies" made me grimace. Until then the bits of humor didn't seem forced, that piece did. (also the purcupine/poop bit.)

I think they should have held off on the Mike Peterson hero/villain character for an episode or two. Granted "That's very Marvel", but I would have preferred a true villain being showcased in the debut.
A throwaway line about cutting off the head leads me to believe there is a green-robed organization in the shadows.

A big disappointment was that there were no characters by the names of Clay Quartermain or Jasper Sitwell or Jimmy Woo.
I was very disappointed by the absence of a Sharon Carter in The Avengers movie, but by the looks of things (Iron Man 3 dvd short) that may still be in the offing.

By the way - Despite the above I did enjoy the show for many of the reasons you mention and plan to watch future episodes.
The big letter credits to Stan Lee and Jack Kirby for creation in the beginning credits were appreciated,
and Walt Disney is certainly making their Marvel productions one big shared universe. They have applied to the films what Lee did with the comics in the 1960s, creating fans who feel they are part of an exclusive "in-the-know" club.
D.D.Degg

DD! It's always great to hear from you and know you're checking in. I appreciate your thoughts, and am sure we'll be seeing some of those characters in the future.