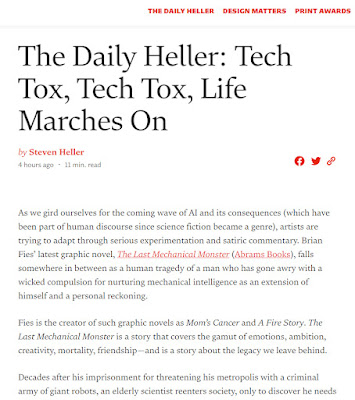 Steven Heller is a highly regarded designer, art direction, journalist, critic, writer and editor who writes the "Daily Heller" blog for Print magazine, and a few days ago he asked me some questions about The Last Mechanical Monster. It's an unusually deep and thoughtful interview; could be the best one I'll do about this book! Many thanks to Mr. Heller and Print. 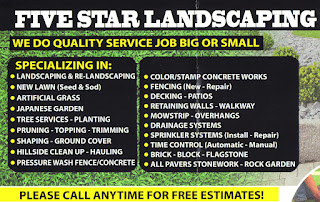 A Peek into the Intimate Intellectual Life of a Long-Married Couple, Part 14:

We get a postcard in the mail from an outfit called Five Star Landscaping.

Karen: "They must be a lot better than those losers at Four Star Landscaping."

Me: "We should start a company called 'Six Star Landscaping!'"

Me: "Ten Scar Landscaping: We're Not That Good With Power Tools." 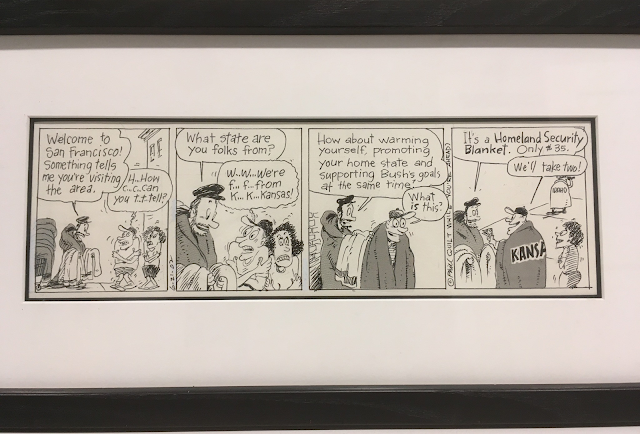 Antique Shop Find of the Day--maybe the Year! An original comic strip by Phil Frank. Frank did a lot of work in comics before he died in 2007, including two syndicated strips--"Farley" and "The Elderberries"--and a rare arrangement in which he continued his "Farley" strip exclusively for the San Francisco Chronicle, making him probably the last single-paper strip cartoonist in the business.

I'm 99% sure that's what this is: one of the "Travels with Farley" strips he did for the Chronicle, both because of its date (2002 was two years before The Elderberries) and its San Francisco-based subject matter.

You're gonna ask and I'm not embarrassed to say: $24. The frame and matte are worth more than that.

My favorite part is a sticky note on the back of the frame, in Frank's hand, reading "Found it!! Had to use a backhoe!" and affixed with a 37-cent postage stamp. I imagine that Frank dug up and sent the strip to a friend who'd asked for it, with the stamp's "Kansas" theme cleverly echoing the strip. It's also darned good provenance. 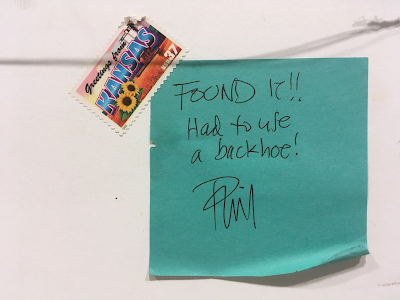 I never met Frank but I was a fan of his loopy stories and characters, and his loose, confident linework. I think I can confidently say that this art could not have found a better home.
Posted by Brian Fies at 3:28 PM 0 comments

We had what felt to us like a major earthquake two hours ago. Karen and I were walking the dog when we heard a loud boom, the ground moved a LOT, our knees buckled, and steel lamp posts started swaying back and forth like old-fashioned metronomes. Turned out it was "only" a magnitude 4.4, but pretty much right under us.

We hurried home as neighbors rushed out, everyone asking if everyone else was OK. Got home, found that the earthquake had shaken our front door's deadbolt into place so I had to borrow a neighbor's ladder to hop our fence and get in through an open back door. What a mess. Most drawers had opened, pictures shook askew, objects slid or leaped several feet off of shelves. What you've got to be careful about is opening kitchen cabinets when glassware has slid up against the door from the other side.

We're all right. One neighbor's shower door shattered; another saw cracks in their walls. Stuff formerly on garage shelves put six or seven dents in our car hood. After we assessed our house we checked on the home of some neighbors who are on vacation. They broke a lamp.

Karen and I were here for the '89 Loma Prieta quake, which was truly a major temblor--I'll never forget seeing cars bobbing on a blacktop parking lot like boats on the ocean--but that epicenter was 120 miles away. This was the biggest one either of us remembered feeling ourselves. Gave me new respect for a mere 4.4.

Straightening pictures, we found a scuff mark on the wall showing that one of them swung surprisingly violently. How it stayed on the wall at all we'll never know.

This morning we noticed that our stove had walked itself about three inches out from the wall. When you report your earthquake observations to the USGS, one of their questions is whether any major appliances moved. Last night Karen answered "No." She'd like to take that back now.

I fixed my Eisner Award. The globe is held on by two pins, the top one of which screws through the mount. I straightened the pins (which bent when the globe got knocked out), unscrewed the top pin, and Presto! A Major Award repaired better than the leg lamp in "A Christmas Story."

The proper big-picture way to look at an earthquake like ours is gratitude. By releasing pent-up energy in relatively little temblors that cause no deaths and minor damage, the faults beneath our feet stave off larger and more destructive quakes. Much better to have ten magnitude 4s than one magnitude 8.

At least that's what I told myself as I sat awake at 2 a.m. listening to every creak and squeak in my house. 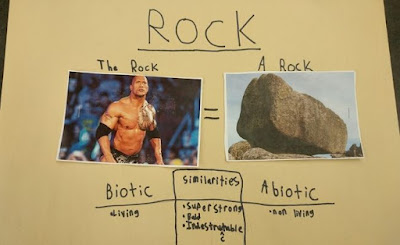 A Peek into the Intimate Intellectual Life of a Long-Married Couple, Part 13:

There's a rock in our neighborhood that all the dogs like to pee on that we call "Pee Rock" because we're clever like that. This morning Riley took her turn.

Me: Because The Rock's real name is Dwayne Johnson. And dogs drain themselves on Pee Rock."

Karen (knowing where this is going): "This is NOT a peek into the intimate intellectual life of a long-married couple."

Karen: "It definitely is not."

(The Internet tells me that the photo is of a fifth-grader's science project. It fits.) 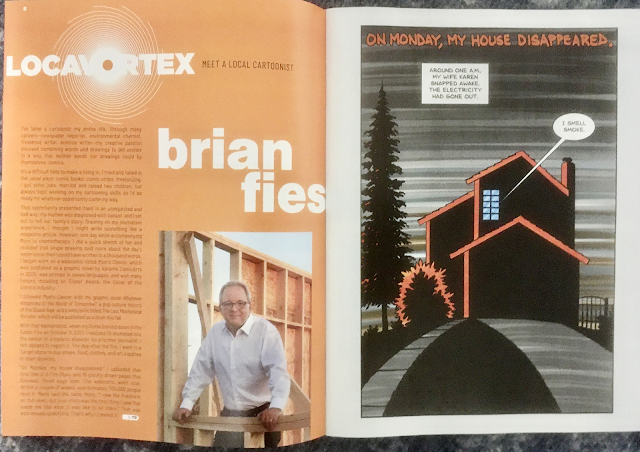 A locally made magazine called "Made Local" interviewed me for an issue on the good and bad aspects of fire, as the five-year anniversary (!) of our firestorm approaches. Editor Jess Taylor and I exchanged questions and answers by e-mail (that's routine these days) and she published my replies like a first-person essay, which is unusual and I like it! Good or bad, what she printed is exactly what I wrote, so I can't complain about the reporting. Plus it's a big, attractive spread.

Email ThisBlogThis!Share to TwitterShare to FacebookShare to Pinterest
Labels: A Fire Story, Getting the Word Out 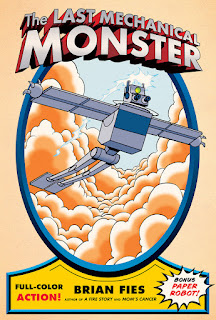 My friends at Abrams Books tell me that Barnes & Noble is offering a 25% discount on pre-ordered books through Friday, and suggest that "The Last Mechanical Monster" would be a very fine book to pre-order! Who am I to argue with my publisher? Check this link and be sure to use the code PREORDER25.

I always urge readers to support their local heroic independent bookstores, but not everyone has one of those anymore. And, honestly, my local B&N has been very good to me so I'm happy to steer the company some business. Plus, 25% is 25%! What a deal!