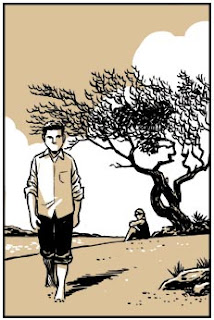 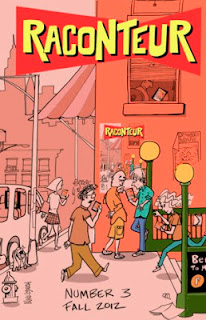 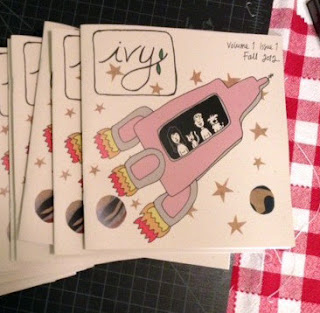 I Came, I Signed, I Ate a Bag of Chips


You never know what you're gonna get at a book signing. Some writers are guaranteed to draw a crowd out the door anytime and anyplace; I am not one of them. I've never had literally nobody show up, but I can't remember an instance when a line at my table was any longer than, oh, say, three deep. The nice thing about being unpopular is I get the opportunity to really spend time talking to my readers, who are often passionate about my work (true for both books, which makes for some challenging gear-shifting) and smart, interesting people.

In light of that experience and standard, Wednesday's signing at Illusive Comics & Games in Santa Clara, Calif., was a very good one. Owner Anna publicized the event well both online and on site, managers Perry and Steve were fine and friendly hosts, and we sold about equal numbers of my books to folks who seemed happy to be there. Wednesdays are when the new comics arrive, so they had a steady stream of regular customers coming in to pick up their weekly fix. At the same time, half the store was turned over to gamers who huddled around three or four tables in the back. The joint was jumping.
﻿

.
I finally met Tim Schmidt, who corresponded with me about WHTTWOT and shot some photos of my book posed in the offices of his employer, Intel (I'm not seeing an obvious way to link to those photos, so you should go "Like" my WHTTWOT Fan Page on Facebook and then find them in the "In the Wild" Album yourself). Tim designs microchips, helping make all our Worlds of Tomorrow come true. In fact, he worked on the very Pentium chip I used as the basis of my Future Superchip in the last chapter of the book. That's cool! Tim is a friend I'd never met in the flesh (funny how many of those we all have these days), so I really appreciated him coming by.

Also surprising me were my friends Tina and Walter, with their son Kevin and service dog Loken. Tina and I became friends in college when we lived on the same dorm floor our freshman year. That was way back in the 20th Century. We both graduated, went our ways, lost touch, had careers and kids, and then reconnected through Facebook a few years ago. It was terrific to see them again.


As much as I enjoyed seeing Tim, Tina and Walter, in addition to meeting new folks like John, Adam and Al, the night's highlight for me was being surprised by my daughters. Robin and Laura live about an hour away in San Francisco--in fact, I'd just taken them to dinner the night before--but they had some family business in the South Bay and came just to see the bafflement on my face as they walked through the door. Bafflement achieved!

.
My thanks to Anna, Steve and Perry (now I'll have "don't stop...believin'..." stuck in my head all day), all my friends and family who came by, and especially all the people I didn't know before who came by. I'm grateful!

I don't get out much, so I'm looking forward to next Wednesday, Oct. 17, quite a bit. Anna, the nice woman who runs Illusive Comics & Games in Santa Clara, Calif., invited me to sit and sign in her shop so that's what I'm gonna do between 4 and 9 p.m. Address is at the link above.

There's no speech planned. I expect to sit at a table and talk to friendly customers as they drop by to pick up their weekly periodicals (Wednesdays are when new comic books are delivered, which is why Illusive is open until 9 and Anna thought it'd be a good day for me to come by). I'll have a little slide show looping on my laptop and some original artwork from Mom's Cancer and WHTTWOT on display, and probably draw sketches for anyone who buys a book or casts big puppy-dog eyes my way. Mostly I look forward to just talking with staff and folks who know and love comics.

Santa Clara is about two hours from home and farther than I'd usually want to drive for something like this, but next Wednesday and Thursday I happen to be attending a professional conference for my day job that takes place 10 minutes from the shop. Serendipity!

Thanks to Anna for the invitation! I can already tell by how she's handled the book ordering and publicity that she runs a great shop and I'll have a good time. And if anyone reading this in the San Francisco Bay Area (especially the North Bay) ever wants me for anything, all you need to do is ask. I'm shamelessly easy.
Posted by Brian Fies at 11:41 AM 4 comments