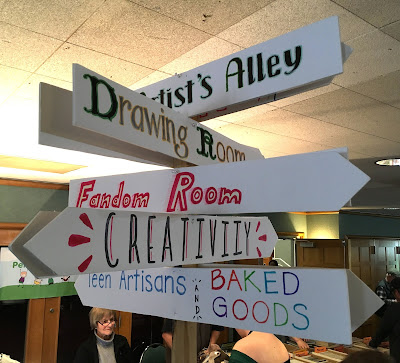 I had my usual wonderful time Saturday at my favorite event on the comics convention circuit, LumaCon. Held in a sprawling community center in Petaluma, Calif., it's everything you want your con to be: low key, family friendly, free admission, and organized by librarians trying to spark and guide kids' passions for graphic literature. Guest artists get a gift basket and, if you know where to look, a free bottle of IPA donated by the excellent local brewery Lagunitas. They make us feel welcome.

I think my daughters Laura and Robin find LumaCon nearly as charming as I do, since this year they got roped into organizing the costume contest when they weren't watching my table. I didn't even have much to sell but sat at a table anyway, just for the opportunity to talk to enthusiastic kids about making comics.


It never fails: a kid comes up to the table with a parent or grandparent in tow. The kid and I are talking about comics, and I look up to see the realization dawning on their adult that, "Oh! Comics are a real thing that grown-up people actually do!" Sometimes you can see their faces shift from vague embarrassment to beaming pride. Their kid just got ten times cooler. That never happens at a bigger con.

Of course this year, like last, I talked to a lot of folks about the fire. I had one copy of my Fire Story graphic novel to show off, and wanted to let everyone know it comes out March 5 and I'll be doing a lot of local signings and such (to be announced soon!) to support it. I think I sold a few advance copies.

My other great reason for doing LumaCon is hanging out with my cartooning friends.

So went the fifth annual LumaCon, and the fifth I've attended. It occurred to me this year that the event is starting to build some history for itself. Nathan Libecap told me that some of the students who attended the first LumaCon as child fans are now coming back as high school teens selling work of their own. Maybe in another five years, some of those same kids will be tabling as published professionals! What a neat legacy that would be.

Meanwhile, I'll keep coming as long as they'll let me. It's a great day with people who love comics for all the right reasons. 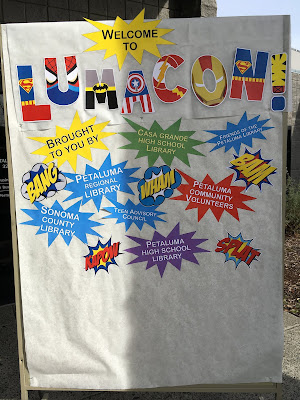 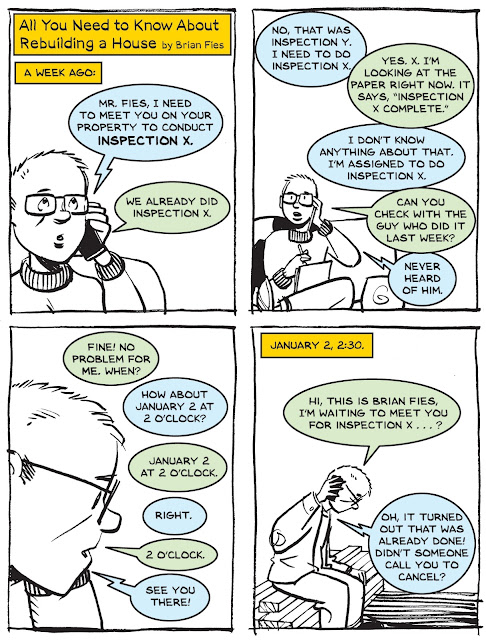