That's where I'll be; how about you?

Registration is now open for “Comics & Medicine: The Sequential Art of Illness,” an international conference I'm helping organize that'll be held June 9–11, 2011 at Northwestern University. Also, just a last-minute reminder that proposals for conference lectures, panel discussions, workshops and poster presentations addressing comics in the context of healthcare are still being accepted until February 28.

Registration for the two-day event, which will be preceded by a reception the evening of Thursday, June 9, costs $80 for general admission and $30 for students with a valid student ID. Scheduled keynote speakers are Scott McCloud, Phoebe Gloeckner, and David Small, so that right there should be worth the price of admission. A full schedule of panels and workshops is planned for Friday and Saturday, along with opportunities for informal networking. It'll be quite an intimate affair (we're aiming for about 100 participants, we'll see how it goes). We should have information about hotels with decent conference rates soon.

In addition, anyone interested in presenting or speaking at the conference is encouraged to download the Call for Papers and submit an idea by February 28.

Honestly, I think the price tag is a bargain for all the activities and information we're planning. Northwestern University is very generously providing facilities and a lot of support, which keeps the cost low. No one involved is making a penny on this. I had a terrific time at the first Graphic Medicine conference in London last June, which was only a one-day event. As great as that was, I'm expecting this one to be twice as good. At least!

Visit http://www.graphicmedicine.org/ for more details.
.
Posted by Brian Fies at 11:40 AM 0 comments

Mark Twain Insult of the Day #6

Mr. Clemens and his family frequently traveled overseas and lived for two brief stretches in Florence, Italy. In 1904, in a futile attempt to restore his wife Olivia's failing health via rest in a temperate climate (I'm constantly struck by how tremendously medical science has progressed in the past century), Clemens leased the Villa di Quarto in Florence for several months. Once a modest palace, the villa had gone to seed and was then owned by an American who'd tried to marry her way into money and high society, both unsuccessfully. She was the Countess Massiglia, and Clemens genuinely despised her.

She is excitable, malicious, malignant, vengeful, unforgiving, selfish, stingy, avaricious, coarse, vulgar, profane, obscene, a furious blusterer on the outside and at heart a coward. Her lips are as familiar with lies, deceptions, swindles and treacheries as are her nostrils with breath . . .

The Countess boasted to me that nothing American is still left in her, and that she is wholly Italian now. She plainly regards this as a humiliation for America, and she as plainly believed she was gracing Italy with a compliment of a high and precious order. America still stands. Italy may survive the benefaction of the Countess's approval, we cannot tell . . .

. . . I should wish the Countess to move out of Italy; out of Europe; out of the planet. I should want her bonded to retire to her place in the next world and inform me which of the two it was, so that I could arrange for my own hereafter.

* * *
Let me pass on some advice to anyone reading the Autobiography of Mark Twain beside or behind me: don't ignore the notes in the back. I read a couple hundred pages under the assumption that the endnotes comprised academic trivia that I could skip. Then I took a closer look. They're actually a very nice companion that provides information, context and corrections to the body of the text. For example, Clemens might mention a person, place or incident; the endnotes offer additional details that enhance the tale. Importantly, they provide an interesting fact-check on Clemens, verifying his stories to the extent possible and pointing out where they conflict with other sources or historical fact. Clemens's memory wasn't always sharp and he plainly stated he wouldn't let accuracy stand in the way of a good yarn, even in his autobiography; the endnotes do a nice job of calling him out in a way that does nothing to diminish the author's reputation or charm.

The notes are organized by chapter and listed by page number, so it's easy to read a few pages then flip to the back to get the bigger picture. I recommend it.

* * *
I'm afraid my blogging will remain haphazard for a while. Still working hard on other projects that lay claim to any spare moments, particularly my next (I hope) book, Mystery Project X. I need to thumbnail faster; I'm not really sure how to do that without getting too sloppy, but at the rate I'm sketching it'll take me months to get through the story. One expected benefit of the process has already emerged: sixty pages in, I decided the design of one of my characters wasn't functioning like I wanted it to and I reworked her. She's better now. This is right in line with the character design process I described back in November. Nice to see I can take my own advice.
.

Bite-sized morsels which, today, won't even add up to a light meal . . .

* * *
Yesterday I saw a TV commercial that struck me as the strangest thing. It was advertising Valentine's Day apps for the iPhone (I think) that allow you to send greetings, animations, tunes, and I don't even know what-all to your sweetheart. Tell me if I'm off-base here, but I started yelling at my TV screen: "You have a phone in your hand! Call them up and tell them you love them yourself!"

I dunno. Sometimes I don't understand the 21st century.

* * *
My presence here and on Facebook has been light lately, and will probably continue that way for a while. It's for a good cause. I am putting as much time and energy as I can into doing "thumbnails" for Mystery Project X, which I hope will be my next graphic novel, and whenever I have 20 minutes to spare they go toward that.

Thumbnailing is an interesting process of basically sketching the entire book showing the placement of panels, figures and dialog to give a very rough idea how it might look. I'd post an example but at this point I'm not sure I could even show you a page without giving away more than I want to. Later, for sure. Anyway, thumbnailing is harder than it looks. The layout of panels and words determines how the story flows and pulls the reader's eye through the pages. It's like the foundation and framing of a house: no one will see it later but everything is shaped by it. You'd think dashing off a sketch would go quickly, and maybe it does for some people, but it can take me an hour just to figure out whether a bit of story requires four or five or six or seven or eight panels and how they ought to be arranged. Plus I'm trying some layouts that are modestly innovative (or at least unusual) yet must still be clear enough for readers to follow effortlessly. Plus I'm researching some "special effects" that of course turn out to be more complex than I expected. Plus I discovered I don't know how to draw chickens.

It's fun but it hurts my brain.

With luck, the work I'm putting in now will make my job simpler and faster later, and not be entirely in vain. As I've paraphrased before: if it were easy, everybody would do it.

* * *
I think I mentioned a while ago that I'd drawn a couple of sample pages for a friend putting together an anthology of short comics on a common theme so brilliant I can't believe no one's done it before. It's one of those ideas where I shouted "Yes, I'm in!" one sentence into the pitch. Last I heard, that project is still alive. I hope so. It'd be nice to have something in print in the relatively near future (even if Mystery Project X goes full steam ahead, I wouldn't expect it to drop before 2013) and an honor to be part of. The second I can tell you all about it, assuming it flies at all, you won't be able to shut me up.

* * *
Happy Valentine's Day! Do something nice for somebody. Remember, nothing says "I love you" more than pushing a button on an iPhone.
.
Posted by Brian Fies at 8:39 AM 3 comments

Here's a compilation of a few videos I've come across recently that I enjoyed and thought you might, too.

A tour of Pixar Studios, courtesy of the New York Times. This'd be a lot of people's dream job (though not necessarily mine . . . Oh, I wouldn't turn it down, but I'm more of a "better to reign in Hell than serve in Heaven" kinda guy). A lot of animation is drudgery, but what a nice place to drudge.

An old educational film mashed up with "Star Trek." The audio is authentic, from an actual film shown to captive school children; the video is what it is. Courtesy of the talented Mike Lynch.

I thought the piece below was a nice companion to the Kepler mission that recently found evidence for 1200 (!) planets orbiting other stars. Extrapolating from those discoveries suggests that our galaxy might have a million Earth-scale planets in "Goldilocks" orbits neither too hot nor too cold for life as we know it. That doesn't mean a million Earths--for example, Venus and Mars are "Earth-scale" planets that are lifeless as far as we know. But take any fraction of a million you want and it's still a big number. And I miss Carl Sagan.

Oh, and FYI, the red giant star Betelgeuse isn't ready to supernova at any moment and even if it did it's too far away to hurt us or look like anything more than a really bright star in the sky (not a "second sun"); and the odds of asteroid Apophis hitting Earth in 2036 are about 200,000 to 1 and continue to grow longer as astronomers nail down its orbit. So stop forwarding me those e-mails.

I shave tomorrow. It's the right thing to do. 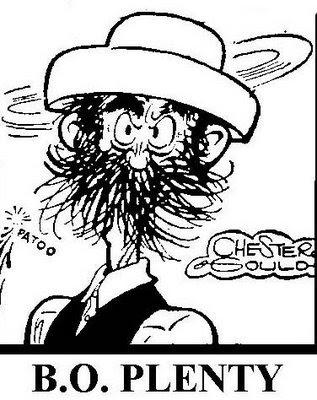 Karen's away on a business trip most of this week, leaving me to make my usual mischief while she's gone: eat garbage, trash the kitchen, stay up all night drawing, and not shave.

Immodestly, the list of things I do passably well is long; growing facial hair is not on that list. That's on the other, longer list of things I am embarrassingly pitifully bad at. Happily, as I age, I find that my face follicles have filled in some spots that couldn't sprout an hour's worth of peach mold when I was younger. Unhappily, it's mostly gray now. Here's a photo of how I look after a few days' growth: 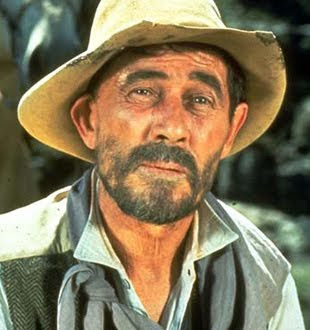 Just kidding! That's way too lush and dark and ruggedly handsome. In all honestly, here's how I really look: 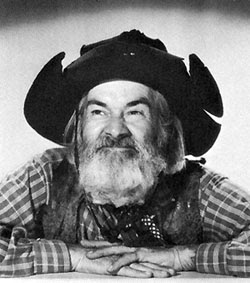 Just kidding again! I wish I could grow a beard so luxuriant and macho. Sadly, I think I could quit shaving for years and not end up looking one-twelfth that manly. This is how I truly look, for real this time: 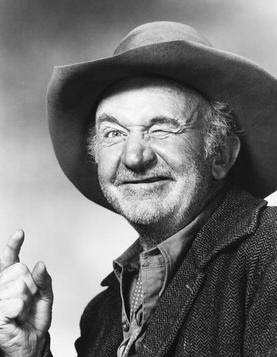 No kidding, that's really me. Took that picture just this morning.

I'll be waiting for you when you get home, honey!