Cleaning up my studio today, I found a pad at the bottom of a pile of paper that was my "To Do" list on October 9, 2017, the day my house and a few thousand others burned down. I've advised survivors of subsequent fires that the best way to get your head straight is make a list, check items off of it, and make another list tomorrow. Repeat. That's how you get through the days with purpose. 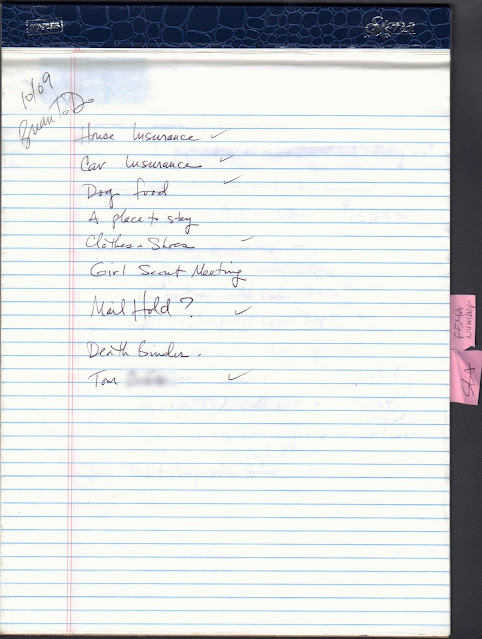 This was mine. It's eclectic. The fundamentals: Find a place to stay (not yet checked off). Clothes and shoes. Dog food. Stop the mail so it doesn't get delivered to a melted mailbox.

"Death binder" is what we called the file with our will and estate planning, which we needed to reconstruct. The "Tom" name blurred at the bottom is the financial guy who handles our retirement accounts. I figured he needed to know. (He didn't really.)

Pink tabs on the side mark pages with info on FEMA and the Small Business Administration, which offered low-interest loans to fire victims.

The one that really jumps out at me is "Girl Scout meeting." Why the heck were we worried about that?! I asked Karen, who has stayed involved with Scouting looong after our daughters aged out, and she pointed out that the fire was on a Monday: meeting night. She wanted me to make sure everyone knew she wouldn't be there.

You want to know what goes through someone's mind when their house disappears? This is it. 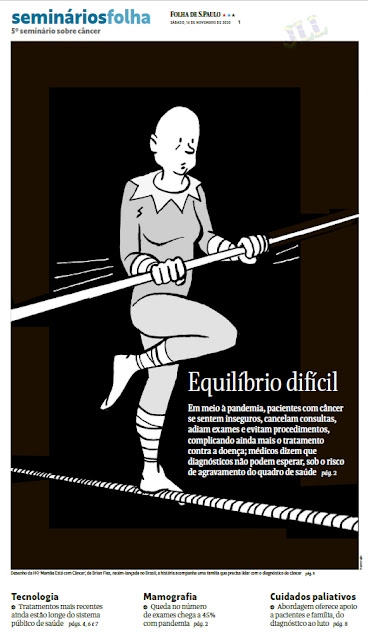 Very nice to wake up to on a Monday: the new Brazilian edition of "Mom's Cancer" is getting some press, which publisher DarkSide Books was kind enough to send me. I was going to write "good press" in that preceding sentence, but since I don't read Portuguese I don't actually know that. I may be mindlessly crowing about the worst reviews of my life. If so, please don't tell me. 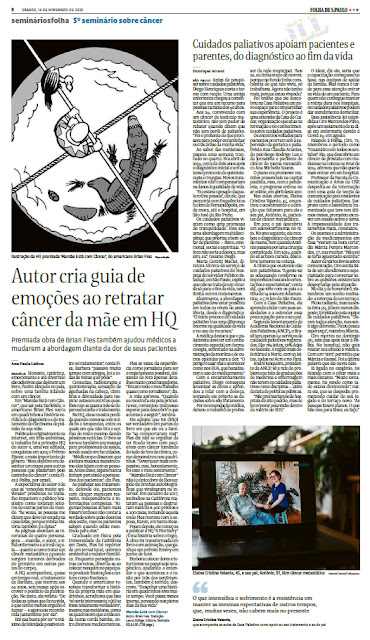 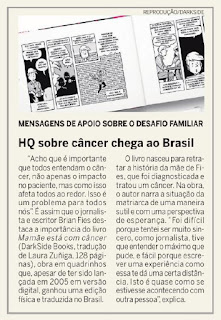 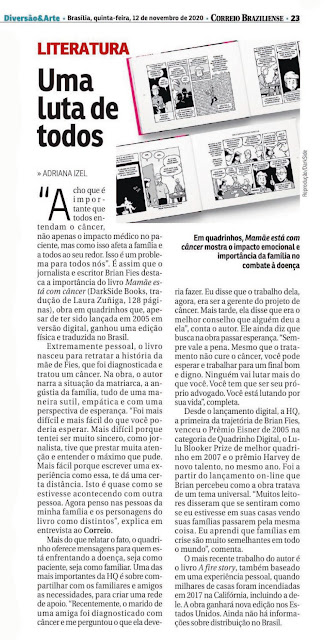 IF Biden and Harris hang on to win, the United States isn’t just getting a new President and VP in January. We will also get:

A State Department that doesn’t insult our allies and suck up to tyrants.

A Secretary of Education who believes in public education.

An Environmental Protection Agency head who believes in protecting the environment.

A Department of Health and Human Services head who believes in providing health and human services.

A Secretary of the Interior who believes in conserving America’s public lands.

A Secretary of Energy who believes renewables should be a bigger part of the country’s energy mix, and who will restore the climate change information, research, and data that the current Administration purged.

A Secretary of Agriculture who won’t make U.S. farmers bear the brunt of the President’s trade wars and tariffs.

A Secretary of Labor who will help workers at least as much as CEOs.

A Secretary of Transportation who might actually advance next-generation technologies, as well as an infrastructure (“roads and bridges”) plan that’s been promised for four years and never materialized.

An Attorney General who works for the American people rather than as the President’s personal attorney.

A Postmaster General who regards mail as an essential public service and will try to deliver it instead of impede it.

A NASA head who isn’t compelled to spend billions to stroke his boss’s ego (the only reason NASA’s Artemis program keeps pushing its deadline to return Americans to the Moon by 2024 is to give Trump a shiny crown with which to cap his second term).

Press secretaries whose literal first words to the press (“I will never lie to you”) won’t be lies.

Directors of the CDC, FDA, National Weather Service, and National Oceanic and Atmospheric Administration (remember the Sharpie hurricane path?) who aren’t afraid to tell their boss or the public the truth about science.

Directors of the CIA and FBI who aren’t afraid to tell their boss or the public the truth about intelligence.

Aides who aren’t afraid to tell the President something he doesn’t want to hear.

Aides who aren’t immediately related to the President.

Aides who don’t need the President to pardon them or commute their sentences when they’re convicted of crimes that directly benefit the President.

A Secret Service Agency that won’t be billed to stay at properties the President owns, or ordered to drive him around in a closed limo when he has a deadly communicable disease.

All the people in this photo out of work.

And perhaps most importantly, a task force to reunite hundreds of children, who were kidnapped at the border by the United States, with their families.

We won’t get everything we might have hoped for, but we’ll get a hell of a lot.