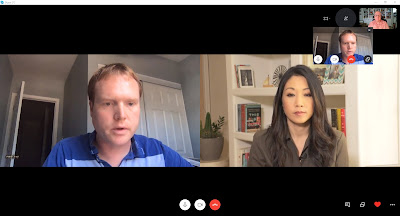 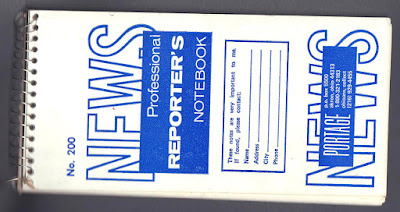 Flashback Friday! Karen was cleaning out her office when she found this notepad in the bottom of a box. It's from my days as a newspaper reporter for a small California daily. The first two pages look like notes from a City Council meeting about allocating $292,398 to build a transit garage. The next several pages look like notes Karen took while she was in training to be an entry-level social worker. I imagine I handed it to her when she was heading to work and didn't have anything to write on.

It's circa 1985. Today, Karen is preparing to retire from her 35-year career in social services, capped by leading a department with 900 people and a budget of $300 million. I've written a lot more stuff and had a few books published. This notepad is a physical artifact of when we'd barely started on those paths together. It kind of symbolizes . . . everything.