I'm spending some time this weekend developing a new hand-lettered font for upcoming comics projects. I'm happy with how it's turning out and wanted to show it off.

I've talked about lettering before, explaining how I hand-lettered all the pages of Mom's Cancer directly on the original art, the way God intended, but learned that it made it very difficult to edit and prepare foreign-language editions (which is a nice problem to have). For Whatever Happened to the World of Tomorrow I sampled letters from Mom's Cancer and used them to build a computer font using a program called Font Creator.

Now, there are websites that'll turn your handwriting into a computer font for free--you just print your letters on a template, upload it to them, and download your font a minute later--and I initially tried one of them. The quality wasn't good enough. A lot goes into making a real font, including how the letters are spaced (kerning, leading) and all work together. I needed more horsepower, and Font Creator had it.

So for the past several years I've used a computer font I created based on my original hand lettering, and it works swell. There are some trade-offs, including a loss of hand-crafted authenticity that I regret, but the benefits are just too great. Editing is a snap; I can change or delete text without having to redraw an entire page. When it comes time for non-English editions, I simply delete all the text (if you know Photoshop, it's on its own layer) and send them wordless files. There's no going back to the old ways for me.

However, traditional comic book lettering, including mine, is all upper-case capital letters. Now I need lower case, partly because some projects I'm working on will be text-heavy and it's hard to read paragraphs of upper-case narrative. IT LOOKS LIKE SOMEBODY'S SHOUTING AT YOU ALL THE TIME! I still wanted a font that looked handcrafted and was legitimately mine, but easier on the eyes. 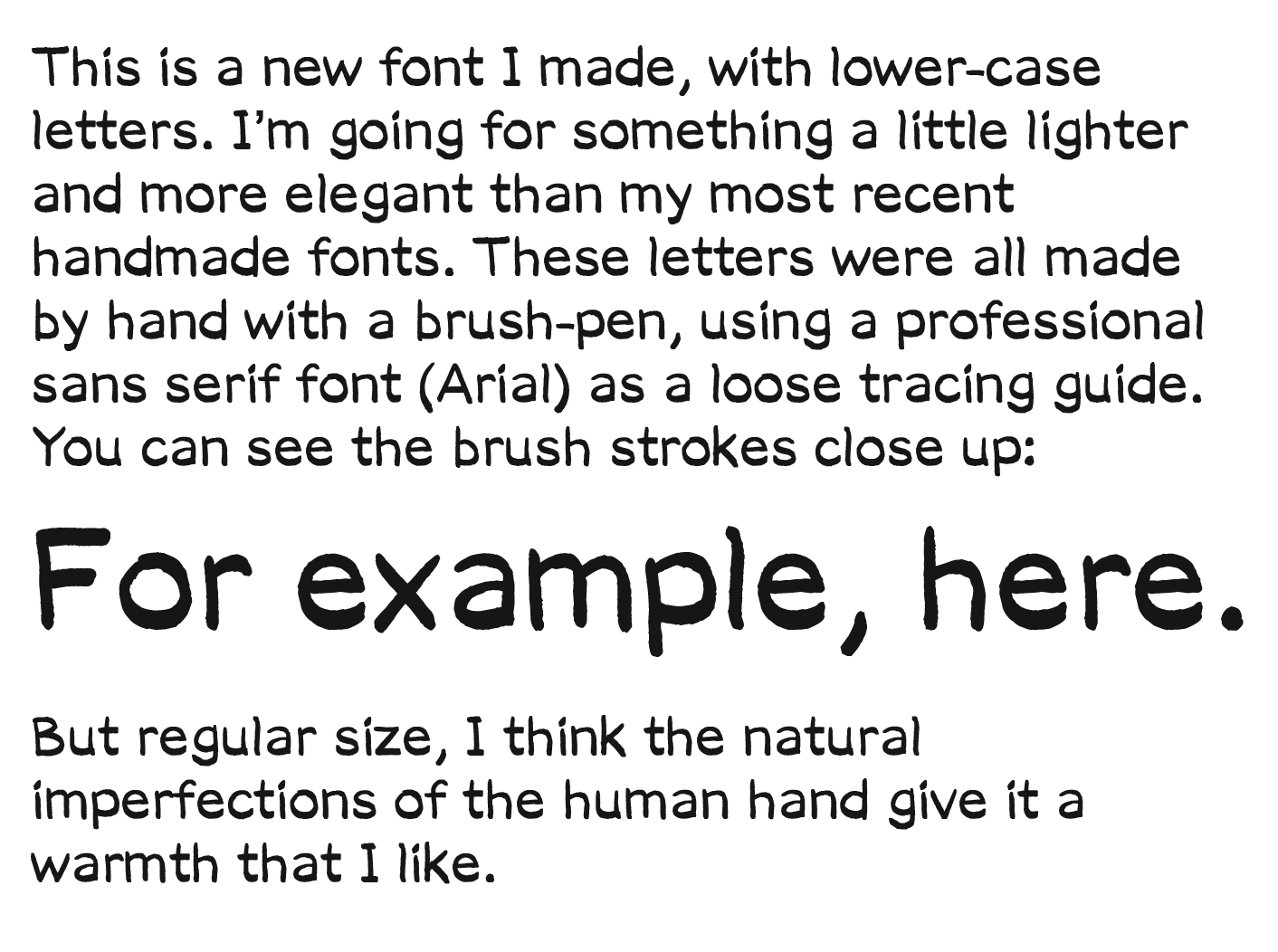 It needs some tweaking but I'm pretty pleased with it. Hope you get to see it in something soon.

This is a lovely font. We were fortunate to have a talented fellow (another talented fellow, rather) named Nate Piekos craft a unique Elfquest font using examples of Wendy's hand lettering from the 1970s. We're in love with how it looks and, as you say, editing and all the rest are a breeze. Kudos! Glad you finally made it to the (forgive me) Fontin' of Use.