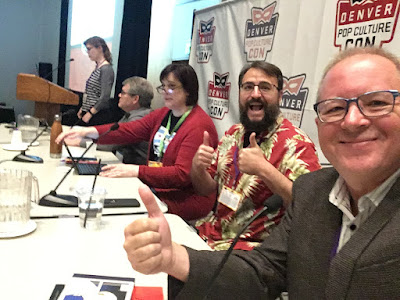 I had a nice weekend as a guest of the Denver Pop Culture Con, doing five panels while scouting the sales floor, going to other people's panels, watching good books win pretty trophies, peeking at TV and movie stars, getting lost, and walking around one of my favorite American cities. I reunited with some friends and made some new ones.

Denver Pop Culture Con is produced by the non-profit Pop Culture Classroom, which gives it a different feel than other conventions I've been to. In addition to the usual superhero, video game, and pop culture fol-de-rol, it focuses on being family-friendly with an undercurrent of education: creative workshops for kids, using comics in the classroom, more than the usual share of teachers and librarians.

The Con staff was always friendly and eager to help. The Con itself presented some challenges. Signage was poor; I spent all day Friday looking for something that was listed in the program but gave me no other clues where to find it. People who wanted to attend my panels had to leave the exhibition hall, take an escalator down one floor, walk about 40 yards, take another escalator down, then peek down hallways until they found the right room. I think that kept panel attendance low. My most popular panel was one I did on the enduring popularity of "Peanuts" with Schulz Museum Education Director Jessica Ruskin, Schulz Museum Archivist Sarah Breaux, and comics historian R.C. Harvey, which drew about three dozen people. But another panel I did had six people; a friend moderated a panel that only had one. There was some confusion and miscommunication attributed to key organizers leaving just before the Con, including the person who invited me.

Still, it's a poor, ungrateful guest who criticizes his hosts. Some of my beefs, such as the Convention Center layout, were out of their hands. Overall I had a terrific time with nice people who all seemed very happy to be there. It's a good event with a unique mission and flavor.

Saw some old friends, made some new ones, and just said "Howdy" to a few folks.

My brief encounter with Neal Adams gets its own paragraph. Mr. Adams is an all-time great artist in both superhero comic books and newspaper comic strips. I've loved his work all my life. He’s been at every con I’ve attended, manning his giant expensive end-cap booth, and I’ve always been too intimidated to approach him. Mr. Adams has a reputation for not suffering fools, and I was certain that if we ever met, I'd prove myself a perfect fool. But this time I figured What the Hell.


"Mr. Adams," I said, "I just wanted to say thanks. Your work was important to me and has been a big inspiration."

"Well . . . you set a very high standard and showed me just how good comic art could be."

Mr. Adams leveled his gaze. "But what did I inspire you to do?"

Ah. This was a test.

Mr. Adams's eyes lit up and he smiled.

Handshake, and I was out of there so fast I left little cartoon dust clouds in my wake.

Some comics purists don't like people who dress up as characters and go to conventions. They think it detracts from the "true meaning" of the event, and clogs the aisles with people who are there to be seen rather than buy their stuff. I think those purists should lighten up. Cosplayers add creativity, fun and color to a convention. Their fandom is just as pure and true as anyone else's, and comics aren't a zero-sum game. It's a big pie; there's plenty for everyone.

Some of these costume references are pretty obscure. The deeper the dive the better. Not everyone will get it, but if someone does, you've made their day. 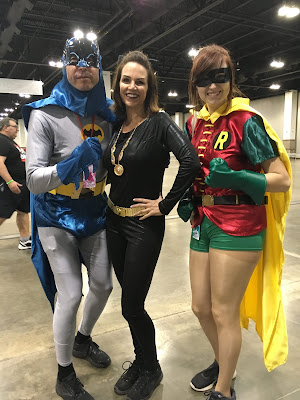 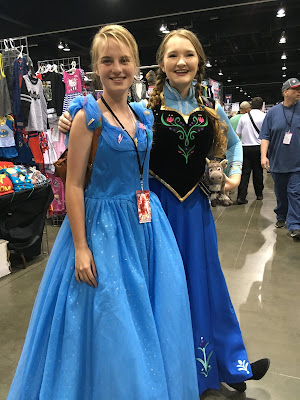 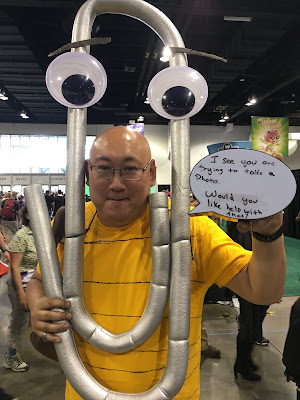 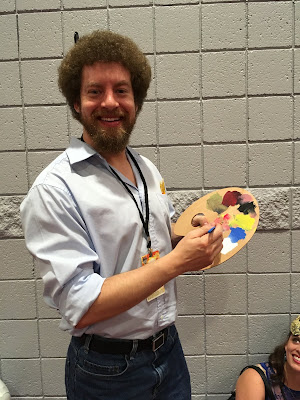 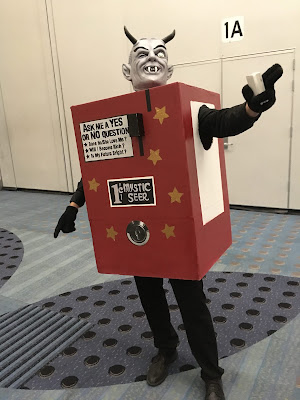 A Note About Originality

I don't know if it was just Denver or a general trend in comics conventions, but I saw a lot of something I really dislike: giant walls of prints published by people who have no right to the intellectual property they're ripping off.


Fine-tuning my outrage: I think true fan art is terrific. A kid who loves Iron Man and draws up little pictures, stickers and stuff to sell for a buck a piece is technically violating copyright but should be left alone. They're expressing their passion for the character. I like passion.

Likewise, comics professionals who've made a living drawing these characters should get a pass. Neal Adams defined the look of Batman in the 1970s and for generations to follow. As far as I'm concerned, Mr. Adams can draw and sell all the Batmen he wants.

That's not what's going on here. These print peddlers are big commercial operations. They're not in it for the love of characters or stories, they're in it because the prints sell. And unlike fandom, booth space at conventions is a zero-sum game. There's only so much real estate. These big guys crowd out others doing original art with characters and stories they actually created.

It's hard to feel sorry for giant corporations that own Superman and Indiana Jones. That doesn't make violating their copyright OK. I don't think these print emporiums are good for comics, conventions, creators or fans, and I'd really like to see cons crack down on them, maybe with a little encouragement from the true copyright holders and their scary lawyers. Make room for new creative voices producing original material. That's the real life-blood of the industry and art form.

Denver is my platonic ideal of a medium-large American city. It's walkable, clean, artsy, vital. Beautiful surroundings. My only complaint is that the airport is about 45 minutes away--seems like it's halfway to Kansas. Otherwise, it's a terrific town. I spent quite a few hours just walking around downtown, and only wish I'd had more time. 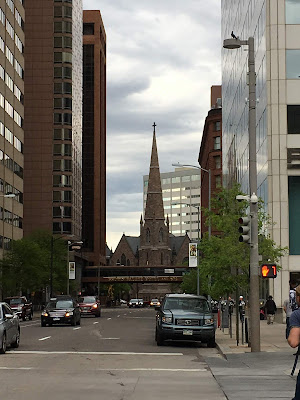 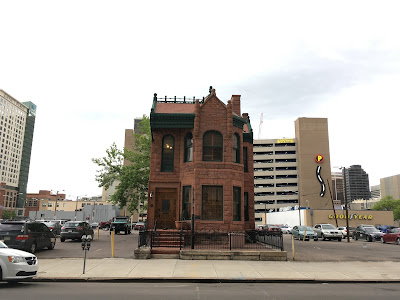 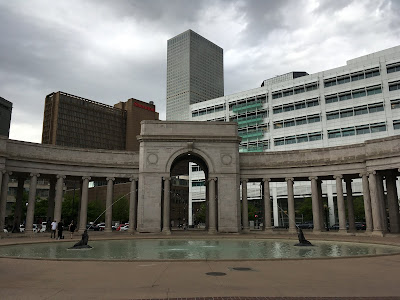 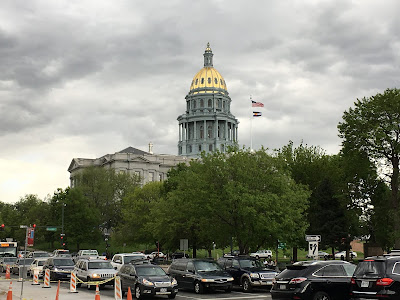 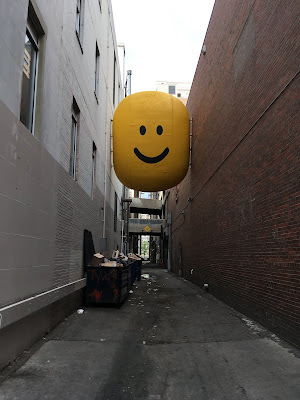 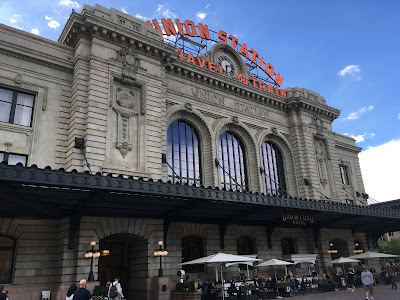 Thanks to Pop Culture Classroom, Denver Pop Culture Con, all the organizers and volunteers who were nice to me and got me to where I needed to go, my old and new friends, and everyone who made it a great weekend and event for me. I'd go back anytime.