The video below is a touching five-minute piece about a group of volunteers who transport World War II vets from around the country to see their new memorial in Washington, D.C. We're losing these men and women fast, and I don't think we can honor them enough before it's too late.


If my grandfather had lived a while longer, I'm sure he would've been on the bus with the rest of those boys. He was born in 1908, so already in his mid-thirties during the war. He was at D-Day and fought through Europe, and like most of his generation rarely talked seriously about it, although he had a couple of funny stories about guarding German POWs he liked to tell. I asked him about D-Day once, and all he said was, "the water was literally red with blood," with just about as haunted a look as I've ever seen. You don't ask a lot of follow-up questions after that.
.
The second chapter of WHTTWOT is set in 1945, giving me an opportunity to honor grandpa in a small way. On the final page of the chapter (page 60), we see that the boy Buddy keeps a snapshot of his Pop on his makeshift workbench:
. 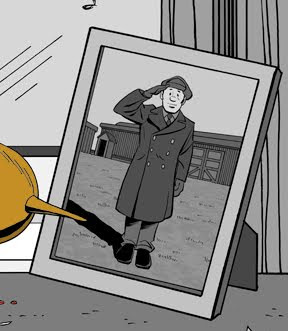 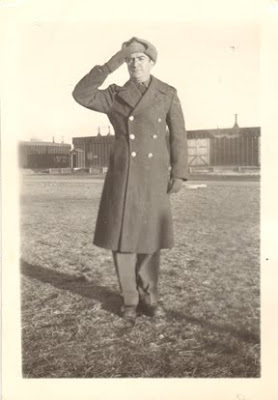 What a nice tribute to your Grandfather! I love these "real-life" gems you integrate into your work (also thinking of Sherwood's photo of the diner).

PS I also saw the story about the program that takes veterans to the memorial - very touching. Wonderful program.