My recent experiments making 3-D photos inspired me to go for the ultimate: a person. Since the only person hanging around my office/studio/spare bedroom 97% of the day is me, that's who you get. Break out your red-blue glasses and don't be frightened by my enormous grinning moonface. To make this anaglyph, I rested the camera atop my computer monitor, shot a photo, slid it two inches over, and shot another while holding perrrrrfectly still. The fine print on my 3-D specs reads "This Is It" because they're the free glasses Target gave away to watch the Michael Jackson Grammy tribute with. Any port in a storm.

And then, amazingly, a split second later, I heard a thundering whoosh as something flew past my left ear. Luckily, the camera captured the moment: 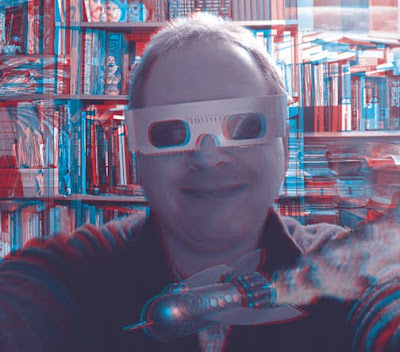 Speaking of enormous moonfaces: as long as you've got your stylish glasses on, check out these 3-D pictures of Mars's moon Phobos (which Friend-of-the-Blog Sherwood Harrington pointed me to), Martian soil beneath the Phoenix lander, and our very own Moon. Give that last one a second to "click in," it's really incredible. In addition to being supercool, 3-D images actually can reveal scientific detail you might otherwise miss. But mostly they're supercool. 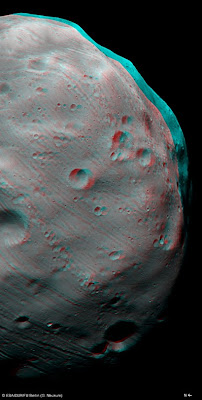 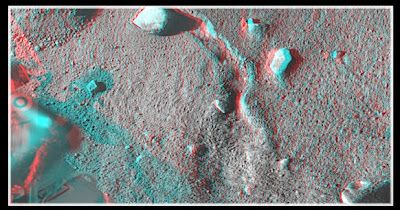 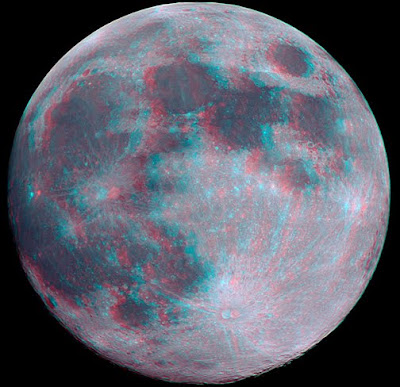 You are the Big Giant Head and I claim my five pounds!

Fun stuff, Brian!
Interesting how it DOES take a few moments for the moon to "pop" from a disk to a sphere.
I wonder if that's because it's so distant (in real life) that we perceive it as a disk (even when we know it isn't one) and thus expect a disk?

Brian - Nancy and I just used some 3-D glasses I had left over from a "Creature From the Black Lagoon" rerelease in 1981, and your pics seem to work better if the cyan is on the right eye. Could the colors for the anaglyphs be reversed?

What if you stood on your head?

Okay I tried wearing my 3-D glasses backwards, but now, in that picture of you at the top of the page, you've got a goatee and seem to be waving an agonizer. What gives?

Jim, don't be alarmed if you notice objects, people, or you yourself instantly vanishing in a flash of light. Just stay perfectly still. Right there . . . hold it . . . hoooollllld it . . . good!