Whatever Happened to the Comedy Album?

I woke up this morning suddenly aware that a big piece of culture had slipped away without me noticing: comedy albums. I don't know why I woke up with that on my mind, but I did (I also woke up this morning calculating the Earth's mass in my head . . . just checked, I was only off by a factor of three, which I consider pretty darn order-of-magnitude close).

Karen, when I get that faraway look in my eyes, this is where I go. Sorry. Love 'ya.

In my teens, it wasn't unusual to get together with friends and listen to 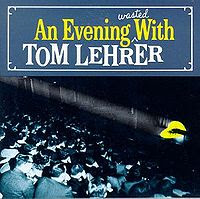 comedy albums. I remember doing it in the family room of a good friend in junior high; I remember doing it with 15 people crammed into a college dorm room. Does anyone still do that? Or does it sound as antique and exotic as a malt-shop sock hop to someone under 35 or 40? Or was I just hanging out with freaks and weirdos all along (a real possibility)?

My prime comedy listening years were pretty much the 1970s, though I heard and appreciated material from before my time. In the mid-'70s, San Francisco AM radio station KSFO had a wonderful block of nighttime programming. As I recall, the evening started at 8 p.m. with Radio Mystery Theater, which broadcast modern original dramas. At 9 p.m. came old programs from the 1930s through '50s, a rotating 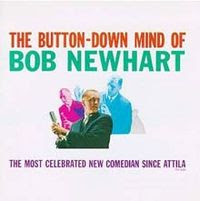 mix of classic dramas such as "The Shadow" and comics like Fred Allen and Jack Benny, as well as occasional obscurities. Then at 10 p.m. came comedy, hosted by D.J. John Gilliland, and oh was that terrific! All the great stuff from the '50s and '60s. There were probably a good two or three years there where I disappeared into my room after dinner every night to listen to old radio programs and cuts from comedy albums. Most parents of teenage boys worry about them because they don't know what they're up to; I imagine now how my parents must've worried about me because they did know.

On top of that were comedy albums that friends and I bought, shared, swapped. A terrific mix of old and new. I loved Bob Newhart's button-down mind, both Bill Cosby's high-concept and 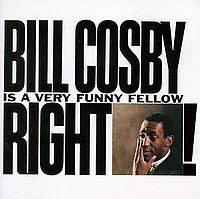 well-observed family stuff, Allan Sherman, Nichols and May, Spike Jones. Tom Lehrer. Monty Python put out some albums that played with the vinyl medium as much as their films and television programs played with theirs. I knew a girl in junior high whose parents were so cool they let her play George Carlin loud! Richard Pryor. And poor Bill Dana . . . Mr. Dana came out of the Danny Thomas-Spike Jones-Steve Allen school of comedy and had the misfortune to play a dim-witted character named Jose Jimenez just when it became obviously wrong to do so. When I was 13, I didn't know Jose Jimenez was racist; I just thought he was very funny. (Mr. Dana later retired the character with apologies and received an Image Award from the National Hispanic Media Coalition.)

Comedy wasn't just an obscure niche of the recording industry. "The Button-Down Mind of Bob 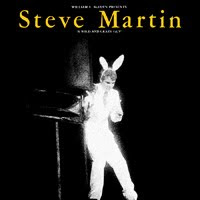 Newhart" was Number One on the Billboard pop chart in 1960, ahead of Elvis Presley. The last comedy album I'm aware of having a significant cultural impact was Steve Martin's "Wild and Crazy Guy" from 1978, which hit Number Two on the album charts and went double platinum. Everybody had it. Looking over the list of Grammy winners, I don't see much in the 32 years (!) since: some Weird Al, PDQ Bach (which I love), Chris Rock, welcome little blips from veterans like Carlin, Jonathan Winters, and Mel Brooks and Carl Reiner, and a new generation rising with Stephen Colbert and Jon Stewart. Some good work, but nothing explosive and universal. Certainly nothing I can imagine college freshman huddling around an mp3 player listening to.

Is that it, then? Is the comedy album a relic? Cable television doubtlessly stole a lot of their steam; whereas Bill Cosby put out at least one record a year between 1963 and 1973, today someone like Lewis Black produces HBO or Comedy Central specials at the same 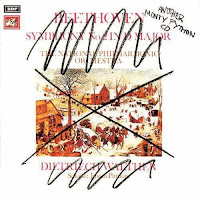 rate. Then there's the obvious fragmenting of culture, so that you and I could go our whole lives unexposed to each other's artistic and entertainment touchstones.

Maybe I'm becoming a cranky old coot (check that: I know I'm becoming a cranky old coot, I'm just not sure whether it applies to this issue), but it seems like something valuable has been lost. Something communal, some secret clubhouse conjuring the theater of the mind. It's hard to put a finger on it. I didn't even notice it'd gone missing until this morning.
* * *
Great new word of the day: Pleonastic. It means repetitive or redundant (perhaps like that definition itself). Work it into a conversation.
.
Posted by Brian Fies at 11:22 AM

I remember the first time I heard a Cheech & Chong album, at around 16. I laughed so hard I thought I was going to pass out. Don't know how much of an impact they had on mainstream culture (little, I suspect) but they sure as hell had an impact on the subculture. Them, and Monty Python, seem to have been the last gasps, no? I agree that cable (and now the internet) are what replaced them.

Oh, yes, I remember many evenings with friends, (some wasted, some not, and you can take "wasted" however you want) listening to comedy on vinyl. It's a shame that comedy albums seem to be gone; I agree with you and ronnie about where they went (to cable and the internet.)

But you can occasionally hear them on radio -- our local renegade-eclectic FM station, KPIG, will throw an occasional cut in between songs by the Trailer Park Troubadors or whomever. Just yesterday, while driving home, I was treated to Bill Cosby's classic bit on driving in San Francisco ("a STOP sign... at the TOP of the HILL!") and noticed how much different his voice sounded when he was young.

You left out the Firesign Theater! ... or maybe they just weren't to your taste. I think one of those was the last comedy album I listened to all the way through.

I think I caught the comedy album fever from my Dad -- he absolutely loved Bob and Ray, and he passed his appreciation for a young Bob Newhart on to me. Speaking of Newhart, I wonder how many people who knew him only from his TV shows knew why (or even noticed that) just about every episode included a funny bit with Bob on the telephone, in which you could never hear the person on the other end of the line, only Bob's responses.

I once got into trouble at the radio station I worked for when I was in high school for playing a cut from a Vaughn Meader album, "The First Family," I think was the title, in which he did an outstanding JFK. Within seconds of the start of the cut, the station manager called from home and in a chill voice and stern tone let me know in no uncertain terms that I was NEVER to play anything from that album on the air again. Turns out he was an intensely anti-Kennedyite politically, as were many in that small town at that time.

Sorry for throwing such a long comment here, but, pleonastically, I loved this post to pieces. It brough back a whole lot of pleasant memories.

"Intensely" in the next-to last paragraph of my comment should have been "intense," of course.

I spent much of my lawn mowing earnings on Firesign Theater albums in the 70's. The group always astonished me with the multi-layered depths of their comedy audio. A dozen re-hearings would turn up new nuggets of humor in the background, long before the DVD Easter eggs of today. The albums had the internal logic of a Vonnegut novel, and more cultural references than an episode of MST3K.
Their more recent offerings have a bit too much inside baseball for a new audience, but the boys still have the "it" of funny.

Oh yeah, I was a big fan of Firesign Theater, it was an oversight not to mention them. Jim, you say they're still in business? I did not know that. I was likewise a fan of Bob and Ray. I like my humor droll and very dry.

Talk about performers who had their careers disappear overnight--In Vaughn Meader's case, Nov. 22, 1963. His misfortune in no way compares to the nation's, but I don't think it's unseemly to feel a little sorry for him especially.

Ronnie, love the story but admit I never warmed to Cheech and Chong. But I know the feeling they evoked in you. Their influence was big.

Brian - The Firesign Theater is still kicking. FiresignTheater.com is a long-established web presence.

I know you're in the northern side of California, and FT has a few performances planned:

Oh, and a Vaughan Meader story - when I was a kid I saw him on Dick Cavett a million billion years ago, talking about how he heard about the assassination.

He got into a cab in Manhattan and the cab driver asked him, "Did you hear about President Kennedy in Dallas?" and Meader responded, "No, how does it go?"