Do You Hear That? I Don't Hear Anything. Exactly!

It's quiet here at The Fies Files.

Partly, I haven't been much inspired to blog lately. Nothing's sparked. Oh, I could make something up, but neither of us would enjoy that. My blogging output has slumped before and, if history is an indicator, I'll probably come up with five exciting topics tomorrow.

I almost did one about my kids, but decided they might someday apply for a job or meet someone who'd google them, and that intended post (and photo!) would be the last thing they'd need. People ought to be able to control their own online destinies.

On Facebook, my friend MK demanded more photos of our pup. Here's one. Not much to say about Riley right now except she continues to be adorably dog-like and doesn't like going out in the rain. She seems to regard each drop that hits her back as a freshly astonishing insult. 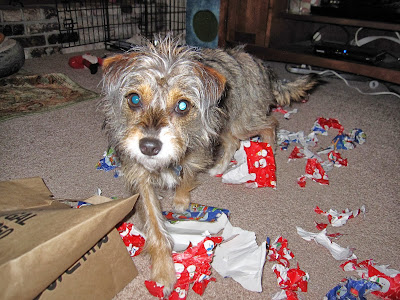 Another drag on my blogging output is that I'm writing and drawing comics again, for the first time in a while. Today I'm drawing page 1, panel 1 of Mystery Project X, which I've been hinting at for months (years?). Daunting. As I've said before, I think sitting down to put the first mark on a piece of paper knowing you've got hundreds more to go is one of the braver creative leaps of faith. Also, Mystery Project X is the story that I pencilled 110 full pages of before deciding I didn't like how it was going and abandoned it for a new approach. Same basic characters and theme, different plot and style. I'm literally turning over the pages of the old story and drawing the new one on their backs. Quality paper's expensive.

I'm not sure Mystery Project X is any good, nor do I have a contract or commitment in hand. All I know is I need to get it out of my system before I can move on to other things--that seems to be the way I work. Editor Charlie and I keep in close, friendly contact and I know he'll look at anything I send him, but the graphic novel publishing industry is leaner and meaner than it was even a few years ago. The idea of doing it as a webcomic appeals to me--a return to my roots--but I wouldn't start posting it until I had most or all of it finished. That'll take a while. I have a naive faith that if something is good it'll find an audience and things'll work out.

Doing the Adventures of Old Time-Traveling Brian (still two copies of the zine left!) was very helpful, both in inspiring me to take Mystery Project X in another direction and reminding me that making comics should be fun. Otherwise why bother? And after working pretty hard at my day job the last quarter of 2012, I'm approaching 2013 with the resolve that if I'm serious about this comics thing (I think I may show some potential) it's time to get crackin'. Just do the job and then do the next one and the next one and the next one, and maybe that's what a career looks like. No idea if I have that many "next ones" in me.

What an unusually self-reflective blog post. Won't make that mistake again. To atone for it, here's another adorable puppy pic. 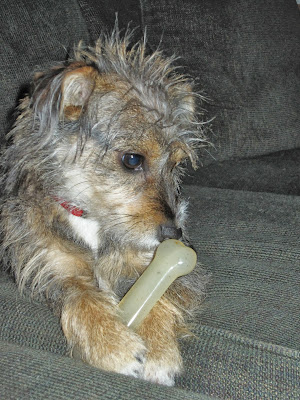 Thanks for mentioning the complete overhaul of Mystery Project X after 110 pages. My Sekrit Space History manuscript was at page 108 when I backed out and re-outlined the whole way of telling the story. I don't know if this is the right way to do it but I'm pretty sure the previous way was the most boring narrative strategy ever conceived. It's difficult to back up after having been, as the scientist-philosopher Faith Hill once sang, "two thousand miles down a dead-end road," but new directions bring a second wind. Head down, pencil up -- quitters never win, winners never quit and all that.

Yeah, I just figure I had to go through that to get to this, and once I had the newer better approach didn't regret dropping the old one for an instant.

That said, I've always been wary of the "quitters never win and winners never quit" philosophy of life. While superficially true, I've also seen plenty of cases of people who should quit but just keep banging their heads against the wall, year after year, miserable and oblivious. I think it's very important to make sure you're not one of those people. Hard to do.

(And I'm not implying you're one of them, Jim. Having read your thesis and discussed your structural approach to your book, I find the subject interesting and you never know what'll catch an editor's or reader's eye. Stay the course, write the best book you can. Then see what happens.)