We returned home late last night from a vacation that, per my policy of not inviting criminals to rob my home, I didn't mention publicly until it was over. Too late now, criminals.

Karen and I celebrated our 30th wedding anniversary this week. I'm reluctant to say that. When I was a kid I knew people who'd been married for 30 years and they were all old. You tell people you've been married 30 years and their eyes light up and twinkle like they've just seen a yawning baby panda. Sometimes they applaud. I hate that. Don't patronize us. We're not cute.

Though sometimes we are totally adorable. 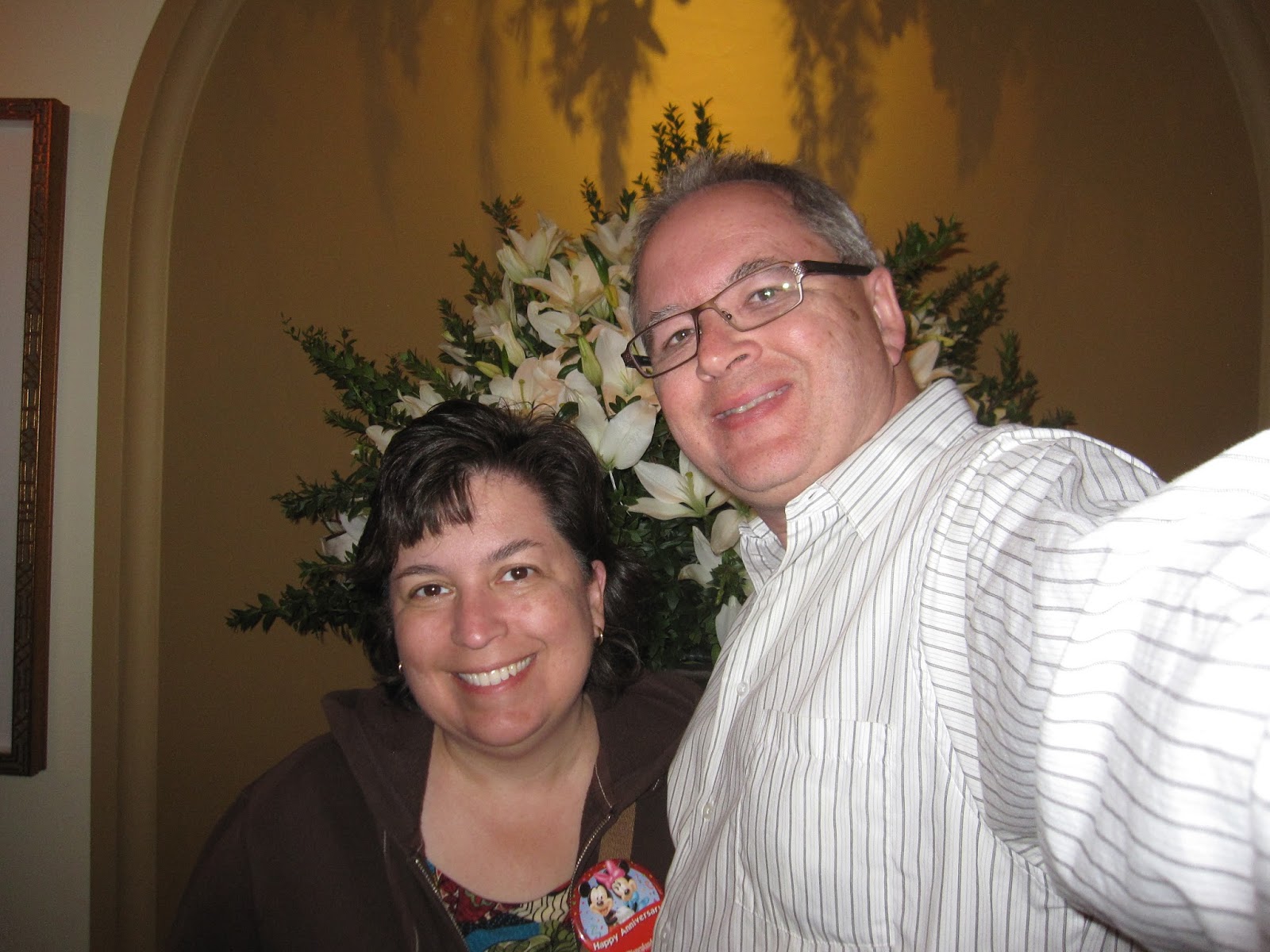 For our honeymoon in '84 we drove down the California coast into Baja, a trip that included a stop at Disneyland. Last week we went back there again.

Long-time readers already know I love Disneyland. I'm old enough (married 30 years!) to not care how you feel about that. Grown-up Brian can nod along with criticism of Disney as a corporate cultural hegemon spooning pap to generations of  bourgeois rubes, but when I walk through that gate I'm 9-year-old Brian who spent every Sunday watching Uncle Walt's World of Color on a black-and-white TV in South Dakota. That's worth something to me.

Also, unlike most of the rest of the world I'm familiar with, Disney often lives up to its own Guest Experience standards. Many times this week, staff went far above and beyond to make our visit a better one. I like to encourage that wherever I find it.

As a fun side project, I brought along a print-out of photos we took on our honeymoon with the goal of recreating them. Our daughters, who went with us this week, suggested we do the same with photos of their first visit, which was in 1992 when they were 4. We didn't spend a lot of time on this; things move fast in the Magic Kingdom, there's usually someone waiting to pass through the space you're occupying. It is cool and eerie to think, "This is exactly where you and I stood three decades ago." It's also fun to see how much/little both the park and we have changed.

A plague, an infestation, a blight. Strollers. 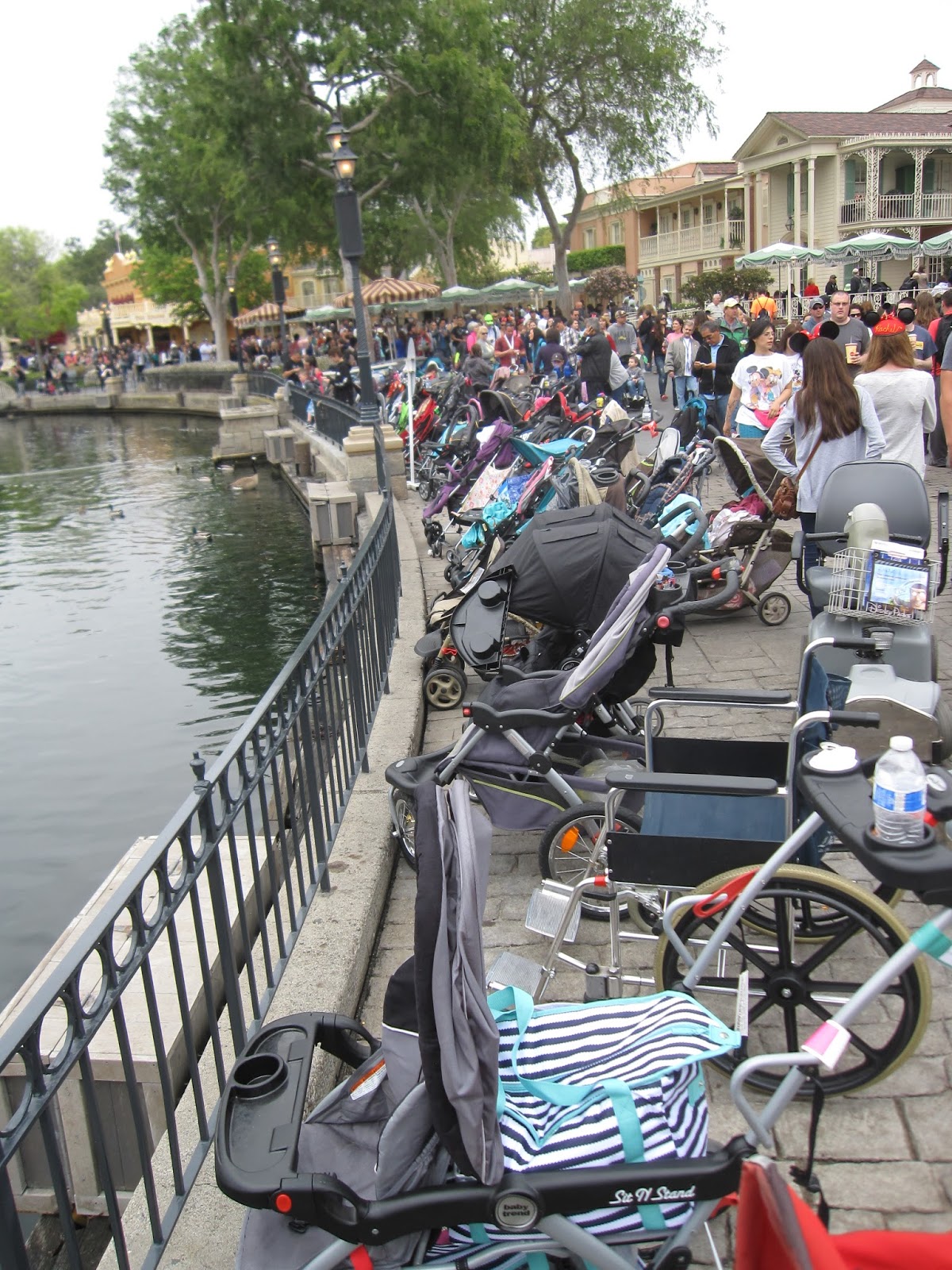 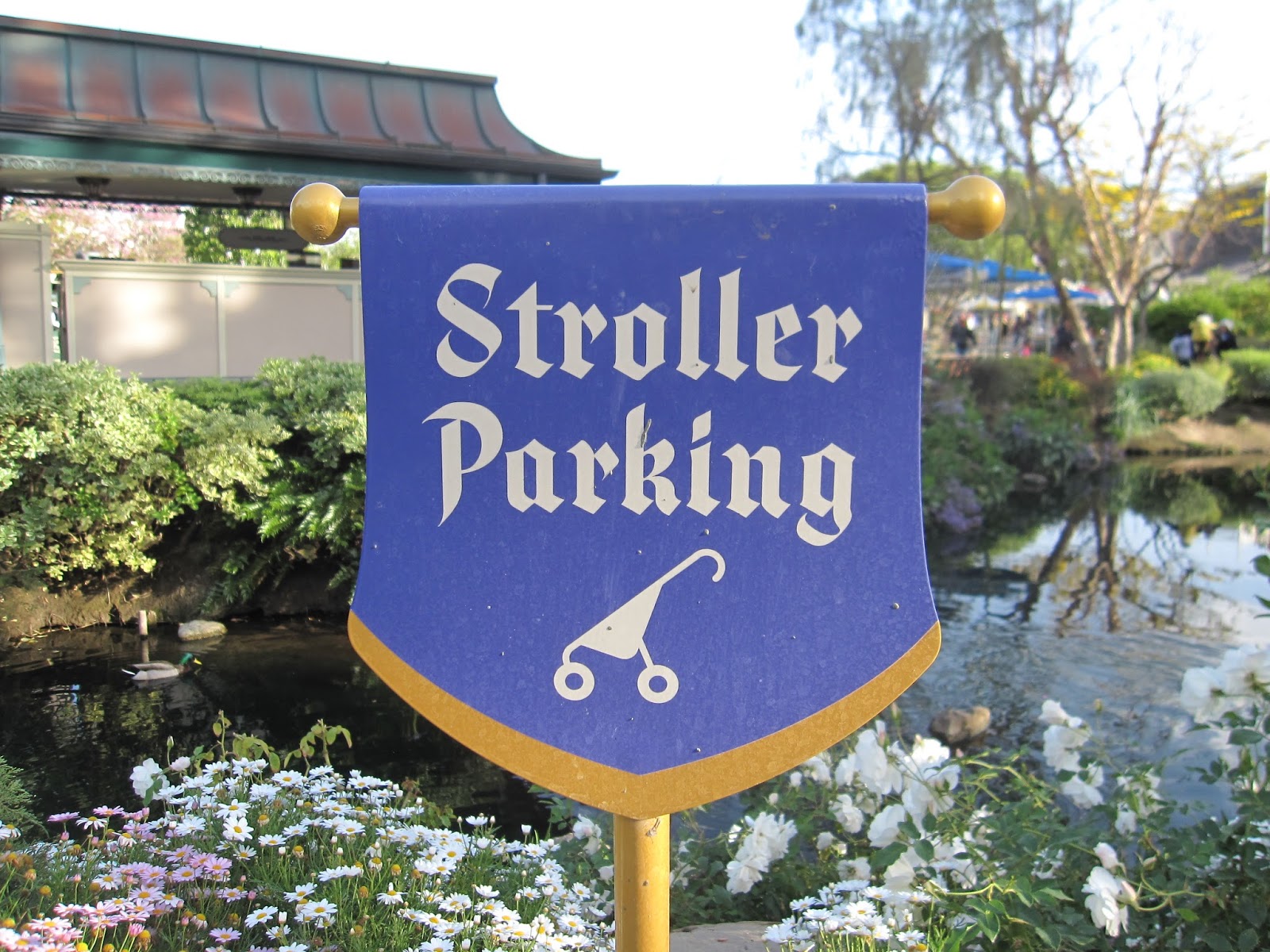 Of course parents have always had strollers, but a modern stroller isn't the flimsy collapsible aluminum-and-cloth contraption of the past. Now they're SUV strollers, with mag wheels and environmental controls and cup holders. Their greater bulk seems to foster a greater sense of entitlement, as moms and dads bulldoze through mobs and beach their rolling behemoths wherever they want.

I'm gonna say this with all sympathy and compassion, as a man who's pushed a double-wide stroller through many a park and mall myself: leave them home. If your child needs a stroller to navigate Disneyland, they're too young for Disneyland. They won't remember any of it and are too small for most of the rides. All they'll see are knees and butts, and they'll be overloaded and howling by noon. Bunk the baby with grandma; you'll both have a much better time.

Another big difference between then and now: iPhones. Even in our last visit to Disneyland a few years ago, I hadn't noticed so many people entertaining themselves and their families electronically while waiting in long lines. Karen's phone had an app that listed the wait times for every ride and restaurant in the park. It's revolutionary.

Disney is heavily promoting toys and accessories from two particular movies right now. My daughter Laura doubted that Captain America would appreciate the irony of being displayed on the same shelf as "Frozen."

Huge crowds. If I knew 30 years ago what I know now, I don't know if I'd have gotten married during the popular spring break season. The weather wasn't great: gray and cool our entire visit, and it rained us out of the park our last night. We only saw clear sunny skies on our way out of town. But neither my wedding date nor the weather are Disneyland's fault, and we had a very good time regardless.

Yeah, strollers, but they also replaced that sidewalk.

And touched up the paint.

As someone who randomly ran into you at Disneyland one year, I knew you were fond of the place. As I recall, seven years ago there were an amazing amount of those electric scooters that old folks use to get around. They were even more annoying than the strollers.
Happy 30th! And you're not officially old until you're scooting around Disneyland scowling at the strollers that keep getting in your way.

Very cool pictorial!
Happy Anniversary! I'm glad that you all got to go to Disneyland together and enjoy yourselves. Congratulations! :-)

Kelly, you've painted a frightening picture of my future. I've already got the scowl, all I need is the scooter.

Thanks, Billy! We had a great trip.

A magnificent edifice? Does Karen read this blog? You may not reach 31. Happy anniversary!

What's wrong with "magnificent?" It's better than "crumbling," "smaller than it appears," or "looks real but is totally made of plastic" that could equally apply to both Disneyland's castle and a person. In a lovingly humorous fashion.

I was referring more to the "large and imposing" part of the definition of "edifice!" Maybe "magnificent" will mollify her, though.

I believe the reason the phone is held to the forehead is due to the original version of the game that used post-it notes; it kept you from seeing through the paper, and allowed the hands to remain free for drinking.

Tim: It's OK, it's not like she reads my blog anyway.

Lorum Ipsum: Of course! It's so obvious when you explain it that way, especially the drinking aspect. Drinking makes sense of everything. And a happy "Dolor sit amet" to you.