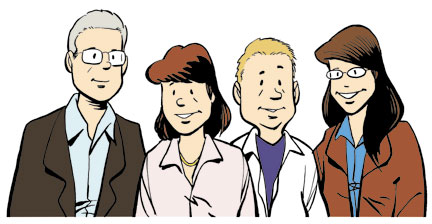 I started reading this wonderful book online way back and worried and said prayers with you. Have been following you ever since. This is such good news. Hope people have the sense to sign up for it. Somehow they will need to know that it is something they need.. Best of luck...
csotd's Mom

Thanks for your support all this time, Ronnie, you're the best. Your boy's OK, too.

Hi Brian, writing you from the hospital, my home for the past week as my mom recovers from a post chemo infection. She has stage 4 lung cancer. I just finished The Emporer of All Maladies and was looking for more reading material. Happy to hear it will be available online and in the meantime I'll just have to get a copy of my own. +1 reader. Thanks.

Thanks, Brubaker. Graham, I'm very sorry for what your mom and family are going through right now. If you do read "Mom's Cancer" I hope it lets you know you're not alone. But if you can't bring yourself to pick it up, I get that too. You're living it.