Friends and long-time readers know of my love for both the 1939 New York World's Fair, which I featured in my book Whatever Happened to the World of Tomorrow, and old-fashioned red-blue 3-D images (called "anaglyphs"). Here, now, in this very post, those worlds collide.

I like visiting antiques shops in other parts of the country. Our local shops are fine, but different places have their own regional flavors. I also think the vintage pickings aren't as good here in California as they are elsewhere because we're a state of emigrants who left all their old stuff behind when they moved out here.

So while in Ann Arbor, Michigan a couple of days ago (see my previous post!) I browsed a shop and discovered a treasure: a pack of 3-D "Stereovue" souvenir cards from the Fair. Each card is the size of a small postcard, in a cardboard pack meant to be mailed home. Here's the front cover: 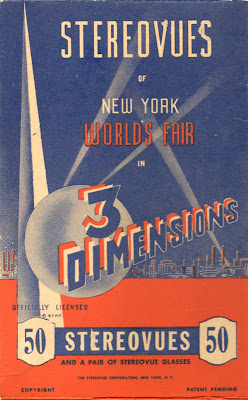 And here are several of the cards. I'm posting them large so you can look at them with your own red-blue glasses (everybody should have a pair!). Clicking on the images should make them much larger. 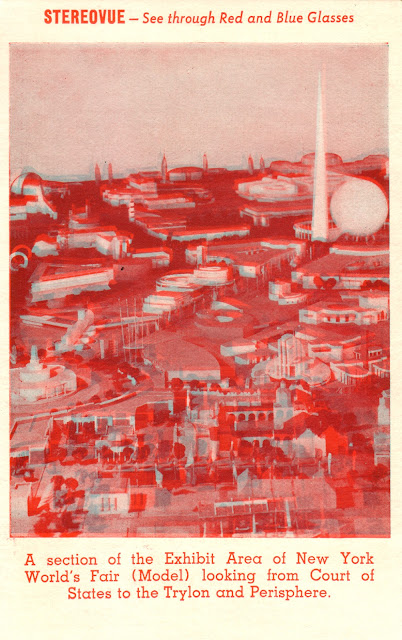 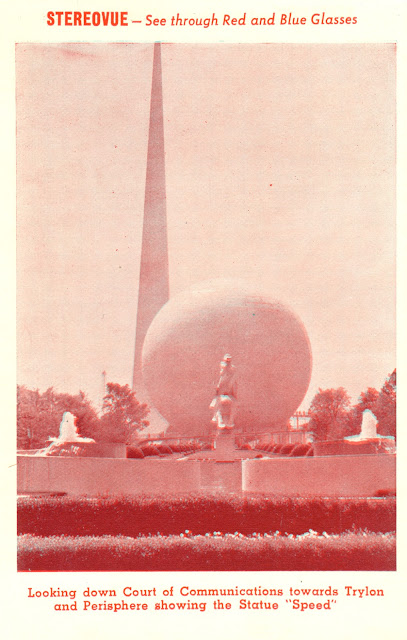 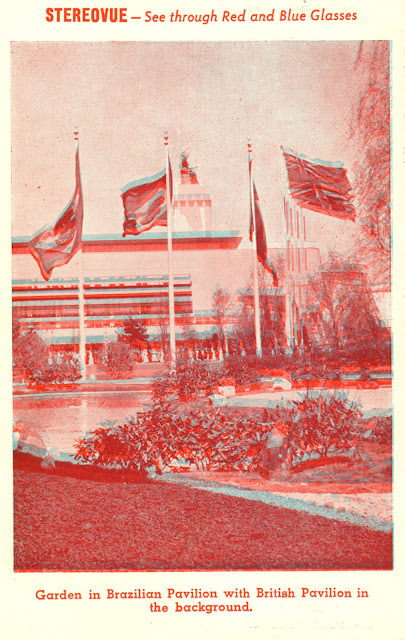 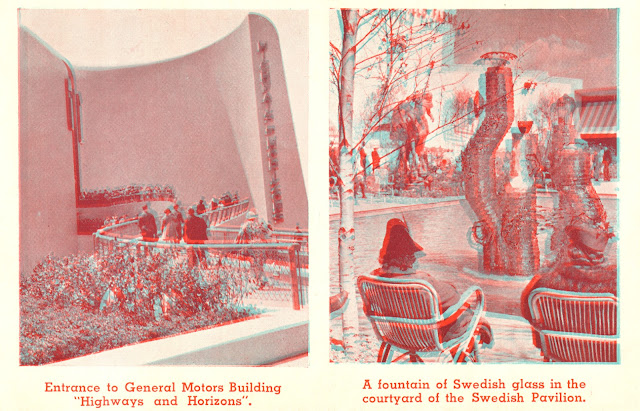 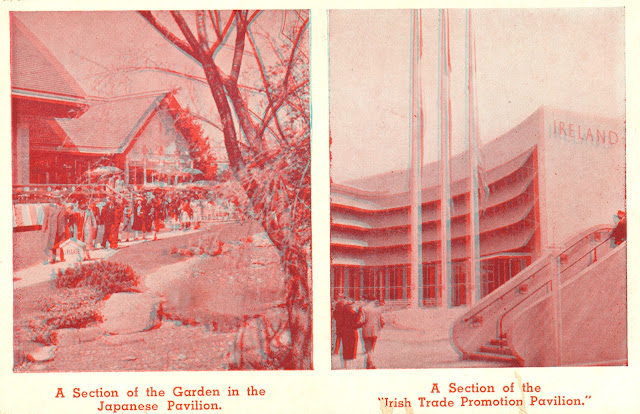 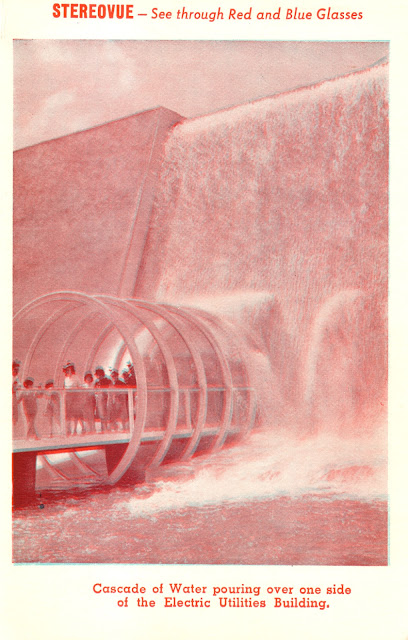 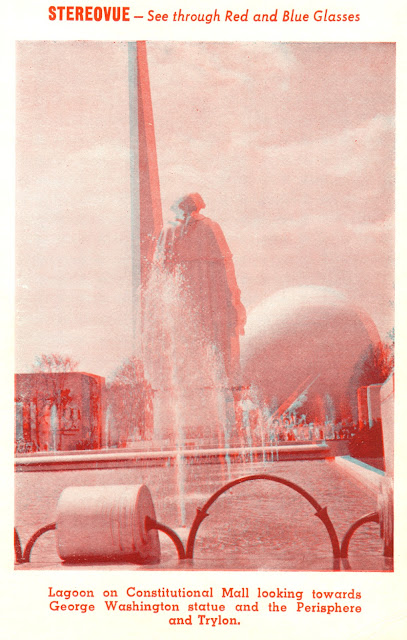 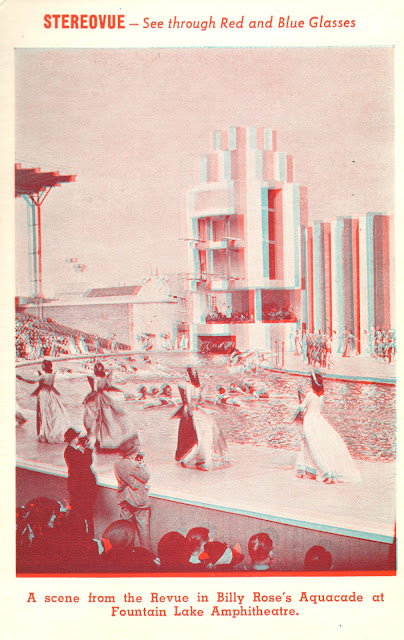 In all my research on the 1939 World's Fair, I hadn't seen these 3-D cards before. In fact, I was surprised to see the red-blue anaglyph technology at all--I thought it hadn't been invented until the 1950s. A good 2011 book by Craig Yoe and Joe Kubert, Amazing 3-D Comics, described Kubert developing it for comic books beginning in 1952. Kubert wrote that he'd seen publications using red-blue 3-D pictures serving in Germany in 1950-51. Obviously it had been around at least a decade before then. I wonder if the Fair was one of its earliest uses?

These are beautiful little gems in near-mint condition from 77 years ago. The cards don't look like they were ever touched, and I can't believe the plastic lenses of the enclosed viewer survived without cracking, What a tremendous find! If anybody wants to see more, let me know and I'll fire up the scanner.

What a find!! I love these. I've been amazed by 3D pictures since I was a kid, and hoarded any I could find, including comic books. But when I left for college, Mother cleared it all out. I would love to see more if you have the time to scan them. (It would also make a nice backup for you to have them digitally stored.)

Thanks, Becky. 3-D images are a childhood passion of mine as well. I'll see if I can scan the rest when I get some time. Good point about having digital backups!

I've had this same set since I was a kid. I can't believe it's still in good shape! Congrats on your find..