Many friends and family already know that my home in Santa Rosa, Calif., burned to the ground early Monday morning. Important Part: My wife Karen and I, and our dog and cat, got out alive. We had about 15 minutes to throw our lives into the back of a car and evacuate. I'm typing this on a computer in my daughters' apartment 30 miles away, where we've been bunking since. Karen's working long, hard days as part of our county's emergency response team. "Normal" is such a distant goal that we can't even see it on the horizon.

However, we've been so touched by the deep compassion, generosity, and kindness of so many of our friends, locally and around the world. Offers of anything we need, or just sympathy when there's nothing else they can do. Most extraordinarily, my high school friend Allison has offered us her late mother's vacant house in Santa Rosa, and we're taking her up on it. I've often doubted it but never will again: most people are very good.

I'll have more story to tell about the fire later--hope to post something I hope you'll find interesting later today. Just wanted to send up a flag saying we're alive, well, relatively mentally healthy (though we and the pets all have a touch of PTSD jitters), and figuring out what the hell to do next.

Here are a few photos of what our region has been through. The first one is a snapshot I took from our street as we evacuated at 1:30 a.m. The rest are from news sources. 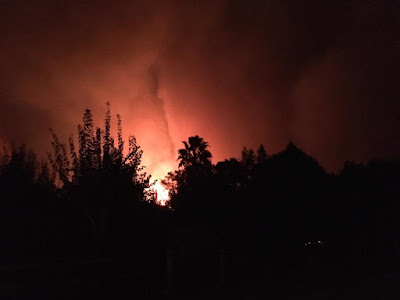 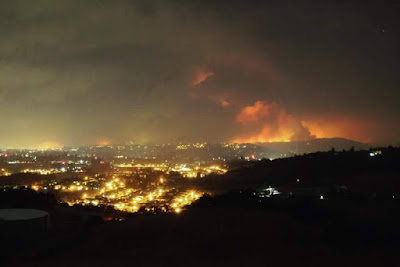 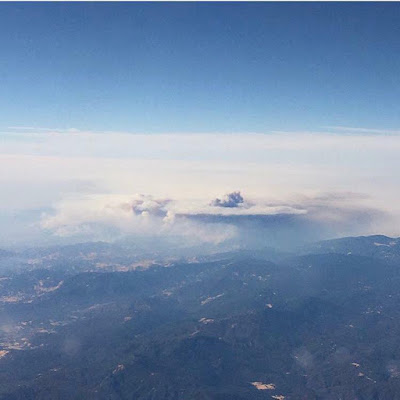 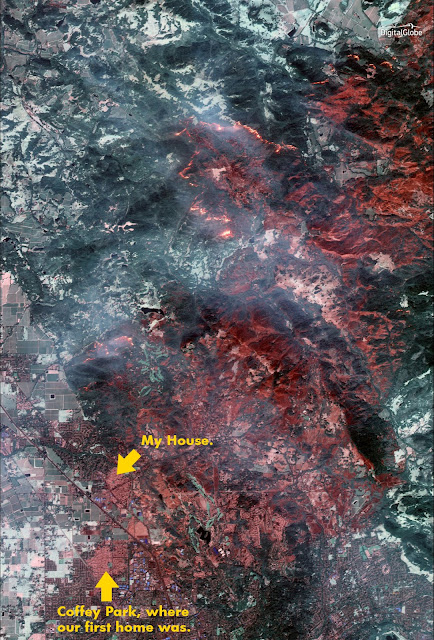 Thinking of you and Karen and your neighbors throughout the area!!

Blessings to you and yours.

Thank you for sharing through words, drawings, & photos. I'm an ex-Californian whose heart has gone out to those devastated by recent fires (here near Portland, OR, & current/recent ones in California). I read your Mom's Cancer book at a time this last year that really helped me through my own cancer story; I'm sure your efforts to share your "Fire Story" will strengthen & comfort others who've lost loved ones & homes, etc.

Hey, Brian, I'm so sorry about your and Karen's home. It was a wonderful place and your family rightfully proud of it. I just read your fire strips and posts. Thank you for saying what Ann and I have been feeling, too. Let's get together soon and commiserate.

Our family home was lost the first night too. On Angela Drive. My sister's and are are mourning the loss and your strip is helping me process. My parents lived there from 1960. They had recently moved to a senior living community and my sister had purchased the house. No one was inside when it burned, but our next door neighbors perished. That's a lot to process from 625 miles away. Thank you for the representations of our sorrow too.
Ann