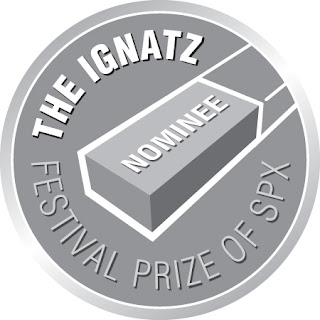 I just learned a minute ago that "A Fire Story" has been nominated for a 2018 Ignatz Award for Outstanding Online Comic by the Small Press Expo (SPX). SPX is the largest fest of its kind in the U.S. and a major showcase for independent, alternative comic voices. It's a nice honor.

With due respect to your Eisners, Harveys or what have you, the Ignatz trophy itself is pretty sweet--it's a brick. Not a lucite or gold-plated brick, just a plain ol' red brick, like Ignatz Mouse used to bean Krazy Kat with in George Herriman's great comic strip. I'll find out if I won a brick or need to go buy my own at a hardware store on Sept. 16. (I could actually really use a brick right now.)

NOTE: Anybody following a link to this post can read "A Fire Story" here. Thanks! 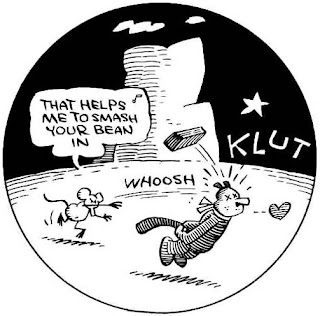 EDITED TO ADD (Sept. 15): Didn't win. Still very nice to be nominated! Could also still use a brick.

Does your new house have a trophy shelf? Or a whole room?