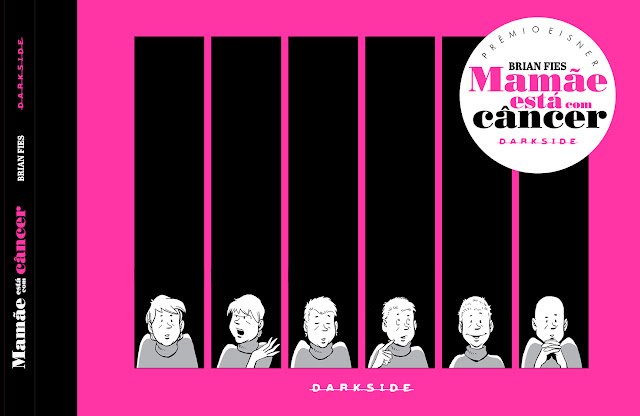 Obrigado, and I wish you could visit Brasil. However work visas are notoriously difficult to arrange and a book tour would be more hassle than its worth. Sorte!

Don't worry about the pink cover! DarkSide Books is a careful publisher in its works and pink is in fact the color of Brazilian campaigns about cancer.

Thank you for commenting, Anonymous! I appreciate the reassurance. DarkSide seems like an excellent publisher.

Hello Brian.I had read your interview and immediately I bought the comic for me.I loved how you tell your story and how can you be honest with your feelings.When you talk about smoking people (including me), I feel my heart broken.But you're right.And because of the comic, I'll try stop smoking.I hope read more your comics here in Brazil.Thank you and God Bless you and your family ❤️

Thank you so much! That's the best thing anybody could say to me. It means a lot. Best of luck, and thank you for reading my story.