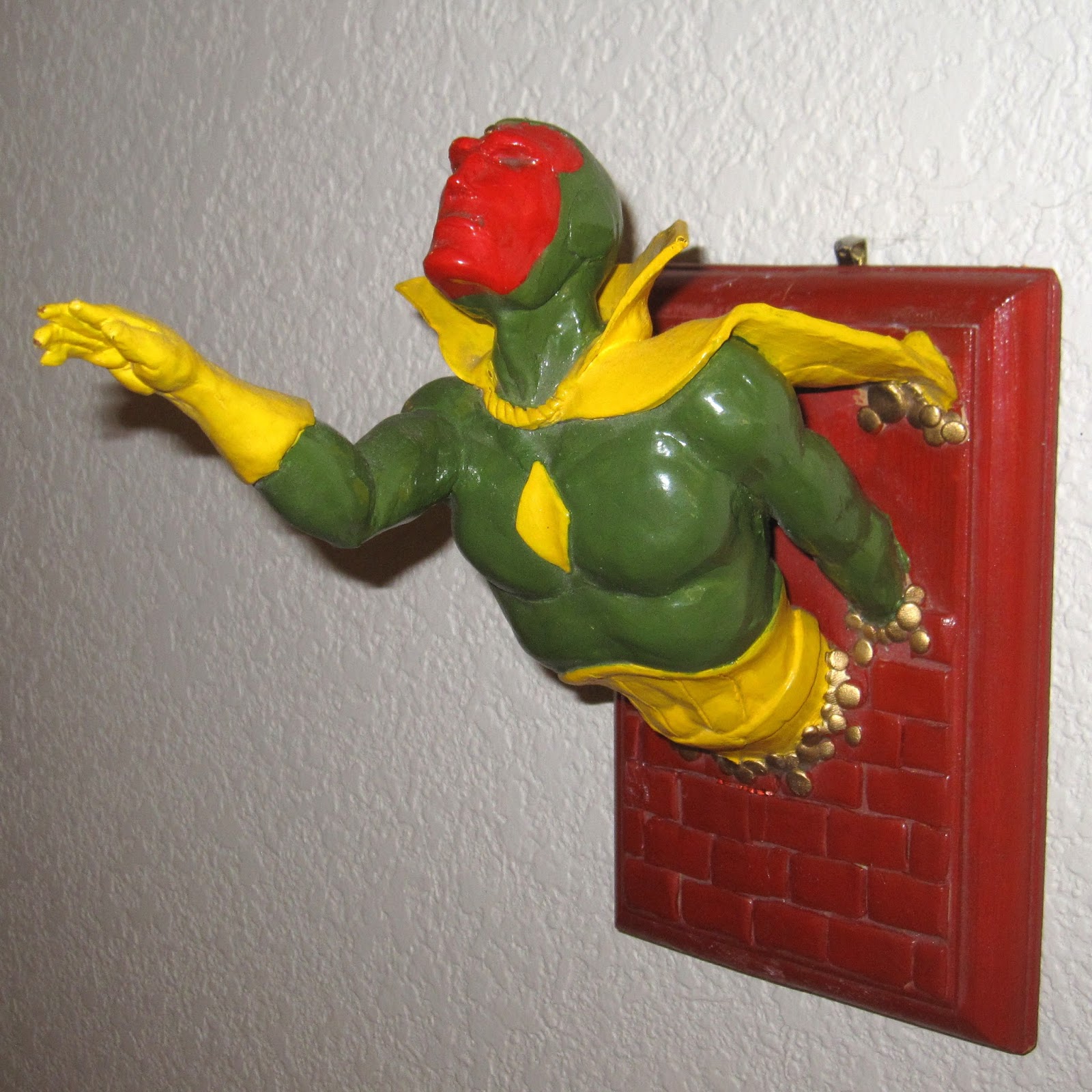 My Vision's anatomy is a little wonky, and I see things I'd have done better if I could, but I'm not ashamed of it. I should do more of this stuff. It's a lot of fun to occasionally work in three dimensions instead of two.
Posted by Brian Fies at 6:29 PM

Wow, I really like it! Sculpey is fun. Sometimes it's nice to take a break from words, too.

Wow! Looks amazingly good to me.

I remember The Vision too. I also remember telling a younger Avengers fan who he was and the fan, despite never hearing about him before, began to berate the entire idea of an android desiring to be human (especially the love angle with the Scarlet Witch, which I had also JUST told him about). The young fan boy was so *expletive* relieved there wasn't any character "as dumb as the *expletive" Vision" in "his" Avengers. On and on he ranted. Maybe he still is.

Dude made me smile. Some things, like fan boys' tudes, never change.

High praise from you, Mike, thanks. Having kids has provided an interesting perspective on things. My Avengers aren't my girls' Avengers, my Star Trek isn't their Star Trek (e.g., they loved "Enterprise," which I thought was fine but no classic, because it was the first Trek they were really conscious viewers of). I've come to embrace the differences. It's nothing to get angry, insulting or defensive about, but some people do. I think that's one of the signs of "maybe you should get a life."

Your sculpture is lovely! I saw this, wondering if it was some kit that could be bought and painted. I've always loved The Vision despite being a younger comic fan...so I guess I just had to compliment your work even though it's quite a bit late. ^.^;;

Thanks very much! I appreciate it.