Just wanted to share this lovely photo I found of the Evening Star following the setting Sun down behind a distant dusky mountain range. The star's about halfway up the sky, one-third of the way from the left side. See it? 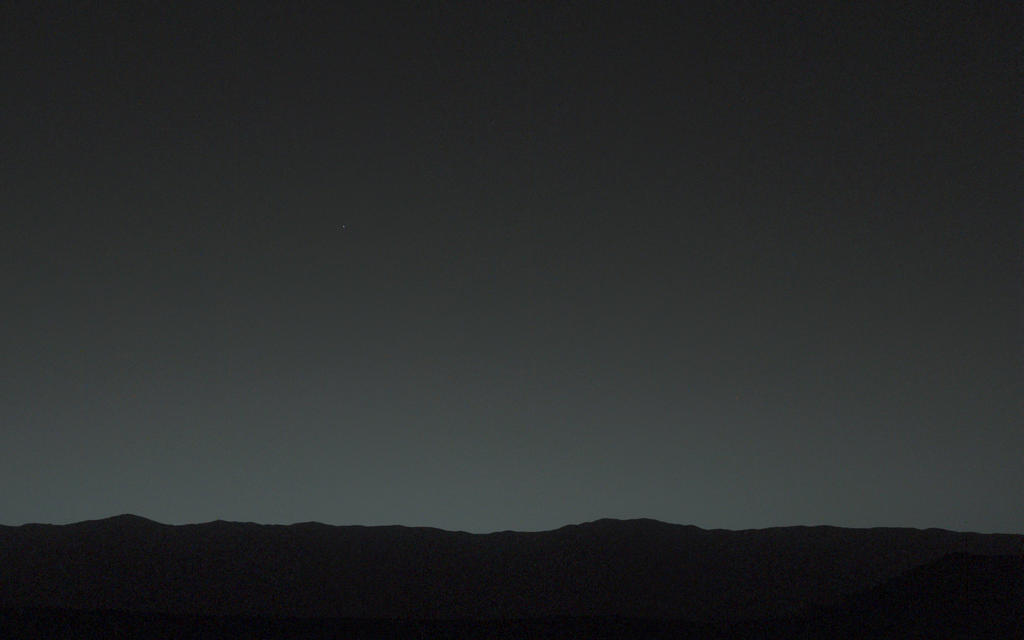 I expect you're thinking that's a pretty picture but nothing remarkable. You've probably seen a thousand sunsets like that yourself.

How mischievous of me not to mention that this sunset took place on Mars, and the Evening Star is us, photographed by the Curiosity rover.

Because Earth is closer to the Sun than Mars, Earth is an evening and morning star there, just as Venus and Mercury are to us. A Martian would never see the Earth directly overhead at midnight.

What elevates this photo beyond "Gee whiz!" all the way up to "Holy moley that's one of the best space photos I've ever seen!" is that if you download the full-resolution version here and take a real close look, you can see a simple truth we take for granted: we live on a double planet. This picture doesn't just capture the Earth, it shows our Moon. 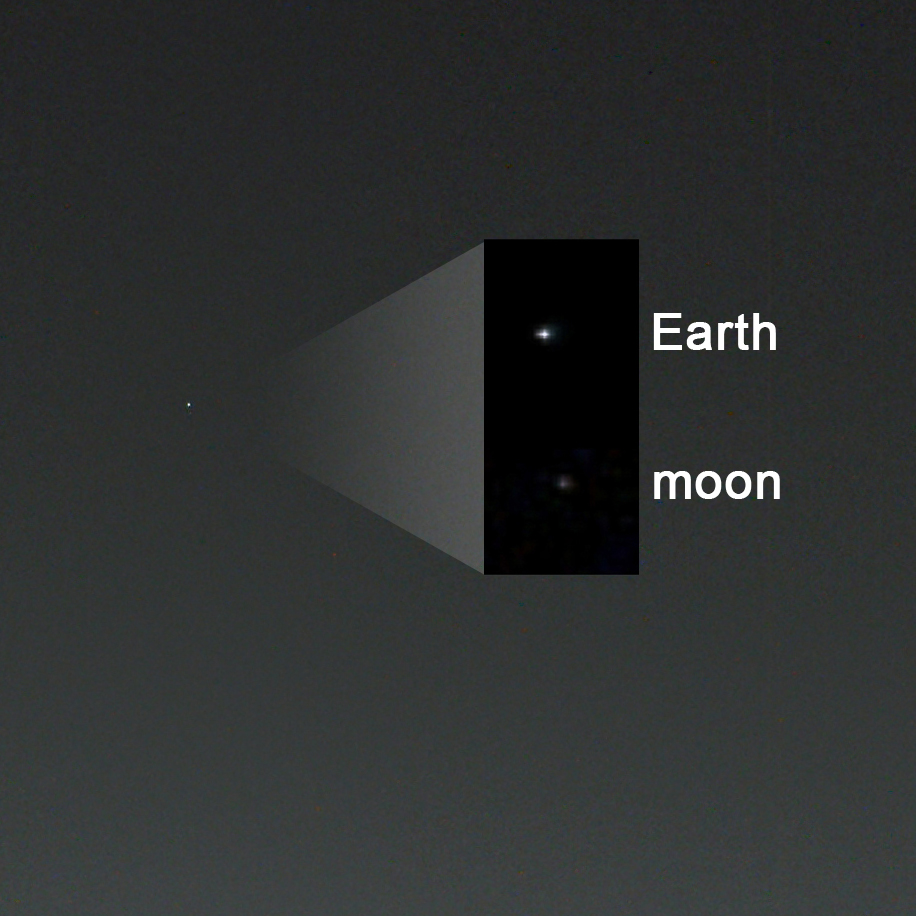 Doing some quick math, I'm pretty sure you'd be able to see both with the naked eye. Earth had a magnitude of -1 (comparable to an extremely bright star like Sirius, or Venus or Jupiter from Earth) while the Moon's magnitude was about +2.7, same as a mediumish-bright star. (The magnitude scale is weird; it's both backwards and logarithmic. Negative numbers are brighter than positive numbers, and the limit of the naked eye is about Mag +6). The apparent separation of the Earth and Moon when this photo was taken was about as large as it gets, say 380,000 km, and JPL says we were 160 million km away, making the separation as seen from Mars about 8 arc-minutes. A full Moon as seen from Earth is about 30 arc-minutes across, so the Earth-Moon pair as seen from Mars is separated by a distance about equal to one-fourth the diameter of the Moon.

By way of comparison, the famous star pair Alcor and Mizar in the handle of the Big Dipper are about 12 arc-minutes apart, and Mizar's magnitude (+2.2) is similar to the Moon's in this photo. Alcor-Mizar are not difficult to see. Also keep in mind that the Earth and Mars are relatively far apart right now. Sometimes that 160 million km shrinks to one-third that distance.

Imagine what ancient Martian astronomers would have made of us, watching this pair of stars--the piercing blue one among the brightest objects in their sky--circle each other every 26½ days (Martian days just are a little longer than Earth days). Imagine the mythology they'd create to explain us. We'd be gods to them; maybe a parent and child? We would be the most awesome and mysterious thing in their heavens.

This is a view humans will get to enjoy someday. I envy them.