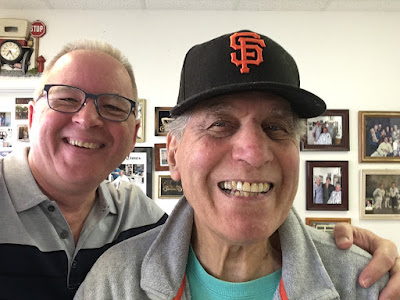 My barber died and I'm sad.

Guy Maniscalco was 84-ish and had cut my hair for 21 years. He'd been a barber since 1962. Guy was East Coast Italian, old-school and charmingly profane. His favorite joke: "I'm gonna give you an 'orgasm haircut.' Girls are gonna see you walking down the street and have an orgasm."

Over the years I heard most of his life story. He left an abusive father and family very young, headed west as soon as he could, and in the 1970s opened a big (16 chair?) barbershop in San Carlos, south of San Francisco, where, to hear him tell it, he became the unofficial team barber for both the S.F. Giants and 49ers when they played at Candlestick Park. As he neared what for most people would be retirement age, he and his wife Mary sold that business and moved to the Wine Country, where he toiled in smaller and slower barber shops until finally winding up working for himself in a hole-in-the-wall he rented in an odd old commercial business park. Mary died about 10 years ago; Guy still marked every anniversary and talked things over with her urn on his mantel at home.

Guy was a friend, a good man, and the best barber I ever had, one who took a lot of pride in his work and moved with the kind of grace and efficiency you only get after you've done something a hundred thousand times. It was always a pleasure to watch such a skilled craftsman do the only thing he ever wanted to do. I'll miss him a lot. 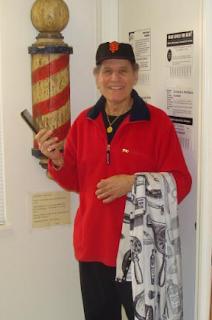 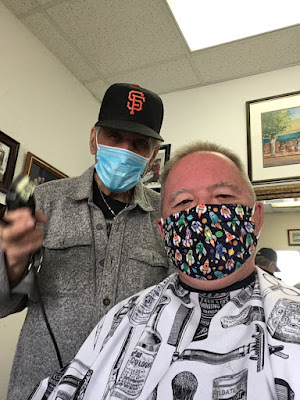 I am so sorry for your loss. Thank you for sharing your memories of him.

My condolences to you and his family.