A comic book artist named Joe Kubert died over the weekend at the age of 85. I wrote about Mr. Kubert almost exactly a year ago, in connection with a book he and Craig Yoe did on 3D comics, which Kubert helped invent in the '50s. In addition to his more than seven decades in comics (he got his first professional work as a young teen), Mr. Kubert founded and ran a well-respected school for comic arts since 1976, sharing his experience with generations of new talent. 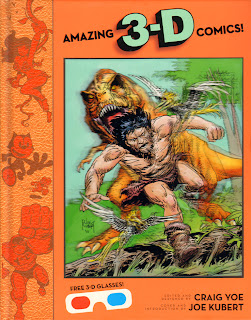 I never met Mr. Kubert and have no special insight into the man and his work except to say that he was a very rare example of an artist whose skills continued to improve right up until the end. Clearly influenced by greats such as Alex Raymond and Burne Hogarth, he was good enough that he could have rested on his laurels for, oh, the past half century or so, but he never did. His work stayed fresh and evolved with the times, but was always supported by a rock-solid foundation of fine illustrative technique that's almost extinct today, to our loss. As much as I respect and admire the work of many veteran creators, I can't think of many I could honestly say did some of their best work, and continued to find work, in their eighties. 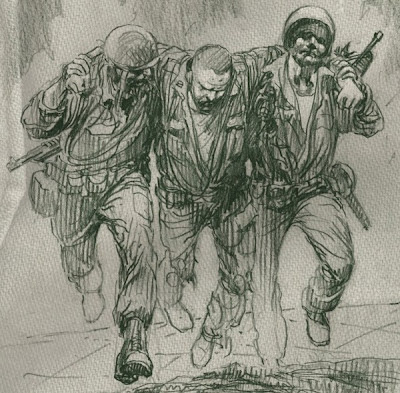 If you're interested in learning more about Joe Kubert and his prodigious contributions to comics, the best obits I've seen so far are by Mark Evanier and Tom Spurgeon. He was a great talent who never stopped trying to get better. That's the master's lesson for me.