Comics Art is a magnificent new book by British writer and critic Paul Gravett. Published by Tate Publishing in the UK and available in February from Yale University Press in the United States, Comics Art is as comprehensive and thoughtful an examination of the history, properties, and artistry of comics as I've seen.

I find it easiest to describe what the book is not:

It is not a straightforward chronology of comics that starts with the Yellow Kid and marches through the 20th Century to XKCD.com, although it does some of that and mentions them both.

It is not a Scott McCloud-style dissection of how comics work and their unique characteristics as a narrative form, although it does some of that, too.

It is not an argument on behalf of comics as capital-A Art that traces a path from Krazy Kat to Lichtenstein and Warhol, although it also does that.

Comics Art is part of Tate Publishing's (associated with London's Tate Gallery) "Contemporary Art" series, which includes titles such as Street Art, Design Art, and Installation Art. That context helps explain it: I'd call it a comprehensive, generously illustrated, expertly curated introduction to comics for a curious but uninformed reader. Although there are tales and examples here that will be familiar to anyone who already knows the medium, Gravett offers new and interesting insights with an international perspective. He makes connections between past and future, paper and pixels, and comics and pop culture. Gravett, whom cartoonist Eddie Campbell called "The Man at the Crossroads," has seen it all and pulls whatever he needs from his encyclopedic mind to illustrate his broad cultural and artistic analysis. In addition, the book's design and print quality are first rate.


Disclosure Time: I know Paul and, mea culpa, I'm in the book (in addition to its other fine qualities, the book is well-indexed; I had no trouble finding myself). I admit my ego is stroked but my opinion is sincere. If I thought Comics Art stunk, I just wouldn't mention it.

Paul knew Mom's Cancer long before we met at the Graphic Medicine conferences I attended and, for a while, helped organize. He was invited to give keynote addresses at each, placing comics and medicine within the broader scope of comics history. 'Round about the third conference, I was astonished to realize that Paul prepared a different full-length, extensively researched lecture every time! We hadn't asked him to do that; there wasn't enough overlap in attendees for anyone to mind some repetition. Any other speaker would've phoned in an off-the-shelf talk and left the audience happy, but Paul had so much more information to share than he could pack into any one lecture that he spread it out over years.

My favorite memory of Paul is going to the Chicago comics shop Quimby's with him. Quimby's is known for stocking any homemade micro-press zine anybody brings in. If you're a kid who just stapled together eight photocopied pages of comics, Quimby's will put it on the shelf. Paul was giddy. I watched him flit from one rack to the next like a hummingbird in a garden, discovering one unknown talent after another. He has a curiosity and love for comics unmatched by anyone I've met. He's kind, polite, and self-effacing. I think the world of him. 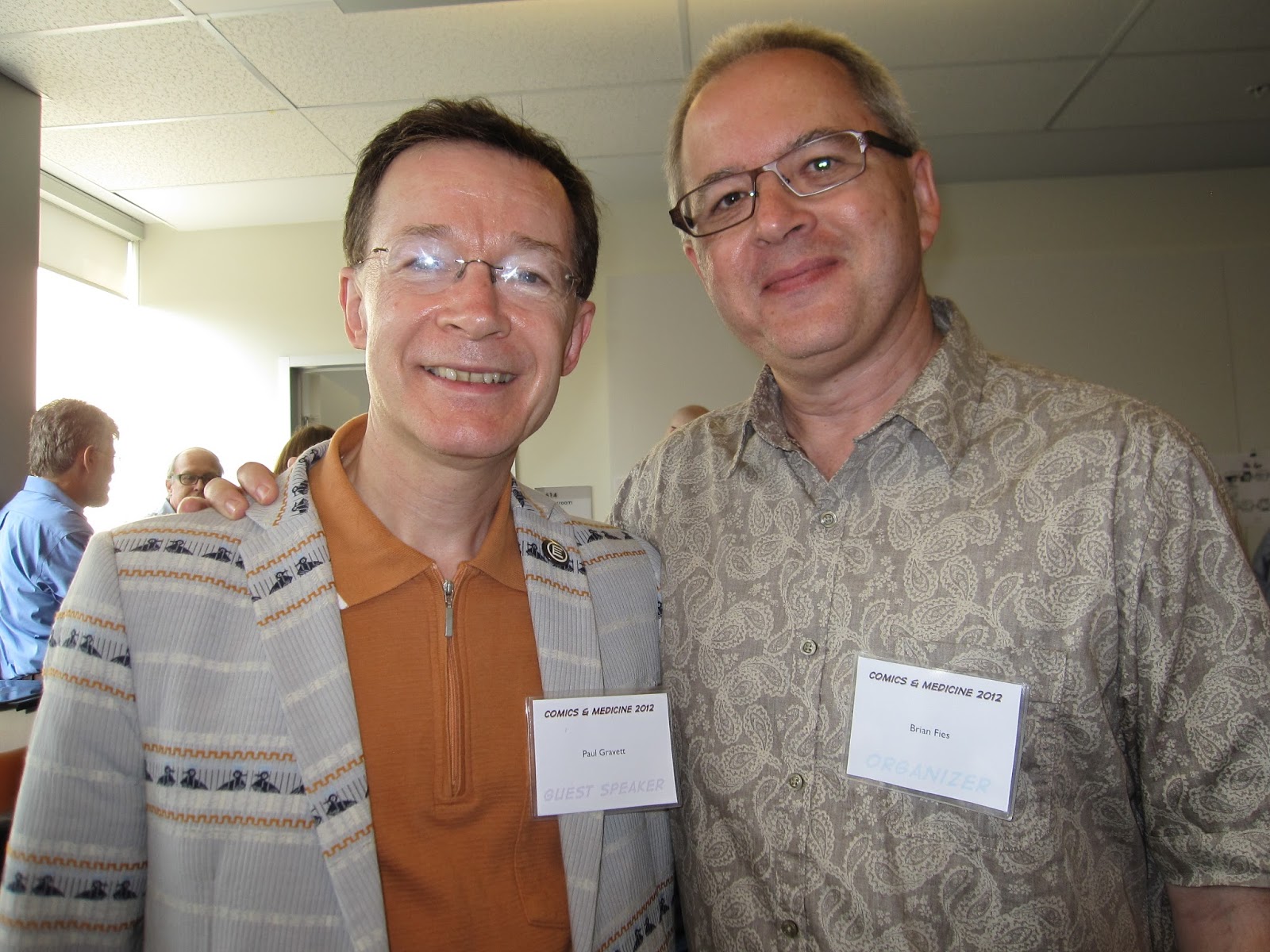 Comics Art is getting very good reviews from very smart people (Paul has compiled some at his website). They're deserved. I've read a lot of books about comics, and Comics Art strikes both new and familiar notes in fresh ways to produce something unique and worthwhile.

Email ThisBlogThis!Share to TwitterShare to FacebookShare to Pinterest
Labels: Reviews

I look forward to reading Paul's latest book. He's so prolific it's hard to keep up!