(This rerun from February 2009 might be a bit too "inside baseball" for some, but gets a lot of search-engine visits. This is the kind of thing I wish someone had told me before I started getting my comics in print.)
.
This is kind of a tough topic because it's about knowing how something on your computer monitor is going to look when it winds up in print--which I can only try to explain here using a computer monitor. Still, I'm gonna give it a shot because it's what I've been working on the last couple of days, and yet another way in which I'm trying to turn problems I had on Mom's Cancer into solutions for Whatever Happened to the World of Tomorrow?

I don't think I'm giving away anything about a book titled Whatever Happened to the World of Tomorrow by revealing that some of it deals with outer space. Now, on my computer monitor, when I color an area with 100% black, it looks as black as the inkiest ink puddle at the bottom of an ink well on Planet Ink. But when I hand off those digital files to Designer Neil, he can push a button ("overprint preview" in Adobe InDesign) to approximate what they'll look like when reproduced with actual ink on paper. The result: something that appears solid black on screen comes out kind of charcoal gray in print. 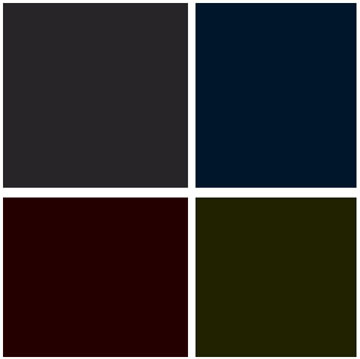 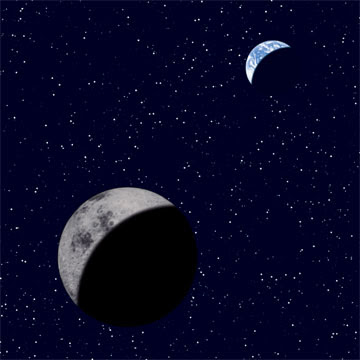 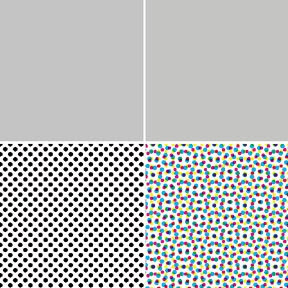 I understand Neil has already transmitted some final files to the printer. We'll still have opportunities to make changes to the proofs if needed, but the book is essentially locked down now. A milestone achieved.
Posted by Brian Fies at 1:29 PM

Brian, I realize your primary medium is pencil and ink on bristol board, but I would guess you've also done work in oil, tempera, and watercolor.

Could you give us a look at some of these tries in other media? Thanks.

Jim: fun idea, I'll see if I can find anything I'm not ashamed of. I'm most comfortable with watercolor, like acrylics, have limited experience with (but like)oils, and hate gouache, which does nothing but frustrate me. Gouache is evil.