Commenting on my last post, Good Friend O' the Blog Jim O'Kane suggested I combine my old and new Disneyland pics into "Now and Then" photomontages, similar to those Jim did here. I've seen some very striking examples of the same idea elsewhere: combining new and old shots of the same site, either via Photoshop or physically holding an old photo in the same spot and snapping a picture. Some good ones are here and here.

I love the idea and, with a few minutes to kill, thought I'd try a simple one. Here's Disneyland's double-decker Omnibus, turning the corner from 2010 and driving into the late 1950s (click to see it big). 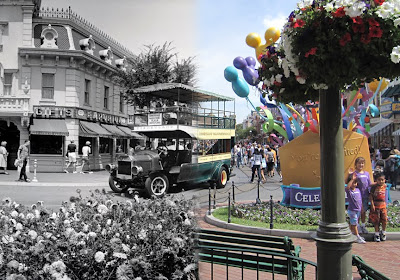 As I commented to Jim, I think the artistry of these depends on the details included and omitted from each era. In this case, I simply split the image down the middle. I'll definitely be playing with these some more in my copious free time. Thanks, Jim!


EDITED TO ADD: One more: My wife Karen (lower right) sharing a New Orleans Square staircase with some beauties from the early seventies (?). 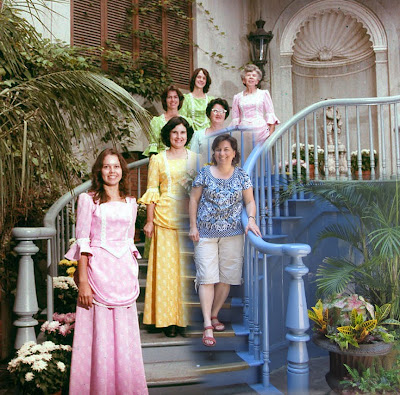 Those are pretty darned awesome, Brian! Looking forward to more.